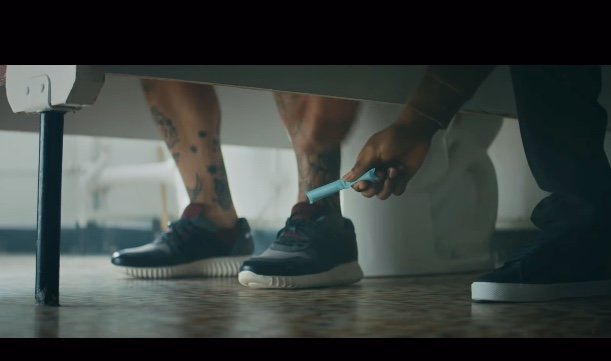 As the commercial closes, “If we all had them, maybe we’d be more comfortable with them,” appears on the screen, followed by, “Thinx: Underwear that absorbs your period.”

As of last week, the commercial was slated to run on 18 channels beginning today, according to a Fast Company report that explained the ad has been selectively edited for certain networks squeamish about some of the content.

NBC’s Bravo and Oxygen channels, as well as MTV, BET, and VH1 will be airing the ad in its entirety. Discovery Networks’ HGTV, the Food Network, and AMC’s WE TV and A&E will show a tampon-string-free version.

“In our first national television campaign, we are imagining the answer to this question: If all people had periods, including cisgender men, would they be normalized?” said Thinx CEO Maria Molland. “Would we be able to talk openly about them, without shame?  Half the population does have a period, and we want to broaden the conversation to everyone, no period required.”

ADweek, an advertising trade publication, wondered on Twitter: “Would everyone be more comfortable with periods if men had them?

Would everyone be more comfortable with periods if men had them? https://t.co/i5n2kT9aQl

“I think it will upset quite a few people,” Thinx’s Molland told Fast Company. “That’s OK because part of being a brand that stands for something is: Sometimes you irritate people. Even if we’re irritating them, our objective is to get them to think.”

It remains unclear whether the blood-stained sheet scene remains intact in the final version accepted by some of the networks.

While the dangling tampon string and blood stain were problematic for network censors, the anguished teenage boy getting his first period evidently was not.