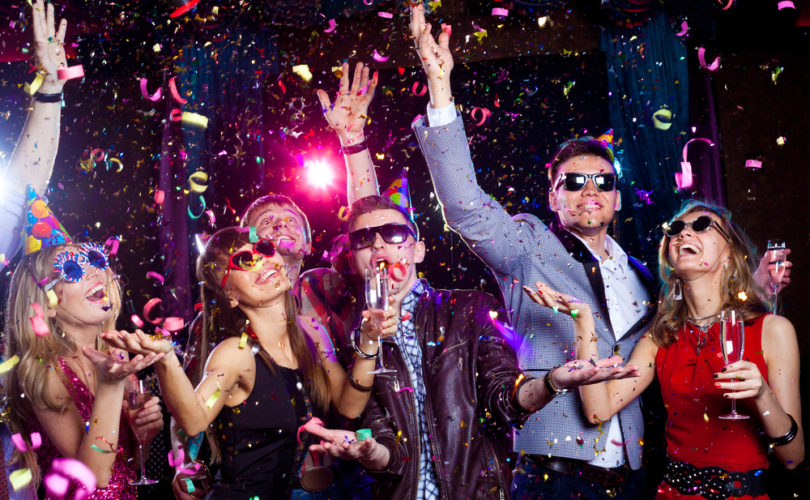 According to Fox News, there’s even more:

On top of that, several affiliates reported spending hundreds of thousands of dollars a year on travel. The report also said Planned Parenthood “books first class or charter travel,” though President Cecile Richards said at Tuesday’s hearing that she, personally, does not travel first class.

Further, the House report said Planned Parenthood spent $622,706 on “blowout parties” in 2013 and 2013; and the group’s affiliates likewise spent on events ranging from a so-called “Gathering of Goddesses and Gods” to “Murder Mystery” fundraisers.

The report also said over 40 executives earned salaries of $200,000 or more between 2009 and 2013. Richards acknowledged during Tuesday’s hearing, under questioning from Chaffetz, that her annual compensation is $520,000.

When House Oversight Committee Chair Rep. Jason Chaffetz (R-UT) called the salaries (especially the half a million dollar salary of CEO Cecile Richards) “exorbitant,” Rep. Carolyn Maloney (D-NY; pictured right, giving a “thumbs up” to Richards at the congressional hearing) invoked charges of sexism, instead of seeing the need for the CEO of a taxpayer-funded, billion-dollar corporation to be accountable for her organization’s spending. But this “war on women” meme is par for the course for Planned Parenthood’s most ardent supporters (and those receiving Planned Parenthood’s campaign cash).

Fox goes on to say:

According to the committee, about 41 percent of the group’s reported $1.3 billion in revenue is government funding. Most of those funds are simply reimbursements for services through Medicaid — but $60 million comes from Title X funding, through the “National Family Planning Program.”…

Democrats blasted Republicans for their scrutiny of Planned Parenthood, following the hearing.

So, when, exactly, should a largely unaccountable group which receives half a billion dollars per year in taxpayer dollars not be scrutinized under allegations of the breaking of federal and state laws? Apparently when they have friends in high places:

“Once again, House Republicans have wasted taxpayer time and money to conduct a wasteful investigation into baseless allegations,” Democratic National Committee Chairwoman Debbie Wasserman Schultz said in a statement. “Their efforts to try to score cheap political points instead of governing on behalf of hardworking families is exactly why the American people are frustrated with Washington.”

When half a billion dollars of taxpayer money is being spent annually to prop up the nation’s largest abortion provider (which is accused of illegally harvesting and trafficking fetal body parts, among other scandals), surely the paltry amount of taxpayer money spent in comparison to investigate is not ‘wasteful.’

What is wasteful, however, is Planned Parenthood’s defrauding of those ‘hardworking families.’ Perhaps the head of the Democratic National Committee would care to read Alliance Defending Freedom’s latest report, which states:

A large and growing number of federal and state audits have documented that improper practices by Planned Parenthood and state family planning agencies have already resulted in losses to the American taxpayer of more than $129.7 million, as a minimum, in Title XIX‐Medicaid and other healthcare funding programs.

This figure is supported by a recent U.S. Government Accountability Office (GAO) report estimating that $14.4 billion of federal Medicaid expenditures for fiscal year 2013 were improper payments. Yet it is troubling that all the audits conducted to date have been relatively superficial; thus far none has examined more than a small subsection of a provider’s billings. Thus, the total amount of waste is likely many times the documented $129.7 million in overbillings.

Or perhaps Planned Parenthood’s supporters would care to learn about former Planned Parenthood of the Heartland director Sue Thayer’s lawsuit against the abortion giant for Medicaid fraud, which she witnessed while working there:

In its decision reinstating the case, the 8th Circuit wrote, “we conclude that Thayer has pled sufficiently particularized facts to support her allegations that Planned Parenthood violated the FCA by filing claims for (1) unnecessary quantities of birth control pills, (2) birth control pills dispensed without examinations or without or prior to a physician’s order, (3) abortion-related services, and (4) the full amount of services that had already been paid, in whole or in part, by ‘donations’ Planned Parenthood coerced from patients.”

Oh my. Say it isn’t so. Planned Parenthood is coercing donations from the poor women they’re supposed to be helping, and then billing the taxpayer for those same funds? It sounds as if this ‘nonprofit’ organization is not only abusing taxpayers but abusing the very women it claims to help.