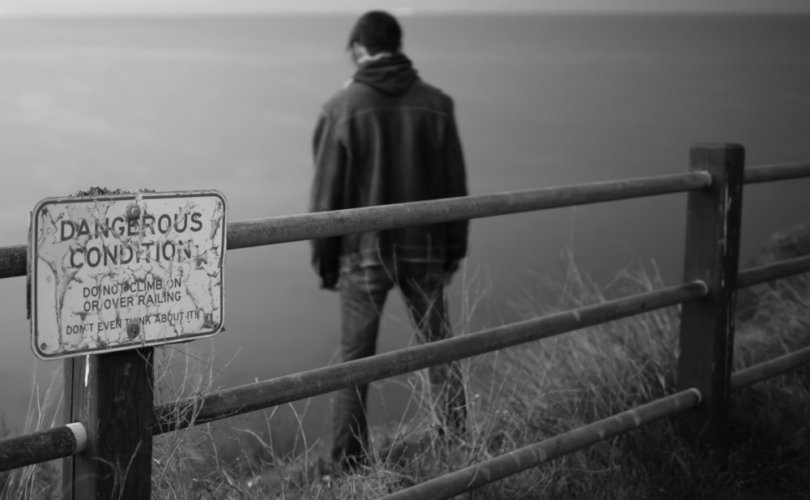 April 26, 2016 (NationalReview) — There has been a huge and alarming increase in the U.S. suicide rate. From the CDC announcement:

Suicide is increasing against the backdrop of generally declining mortality, and is currently one of the 10 leading causes of death overall and within each age group 10–64…

This report highlights increases in suicide mortality from 1999 through 2014 and shows that while the rate increased almost steadily over the period, the average annual percent increase was greater for the second half of this period (2006–2014) than for the first half (1999–2006).

Color me decidedly not surprised. We are becoming a pro-suicide culture.

Moreover, assisted suicide is often portrayed sympathetically in popular entertainment and the media is completely on board the assisted suicide bandwagon. Don’t tell me that doesn’t give despairing people lethal ideas.

At the same time, suicide prevention campaigns usually ignore this toxic elephant in the room.

It is also noteworthy that the suicide rate increased faster after 2006–the very time when the assisted suicide movement has become the most vigorous and made its most dramatic advances.

There is no question that assisted suicide advocacy is not the only factor causing this alarming increase in suicides. But I am convinced that the correlation could also be at least a partial causation.

Look at it this way: If we say that suicide is okay in some circumstances–but not others–at best we are sending a mixed message, making it more difficult for the anti-suicide message to sink in.

In this regard it is like telling someone, “Don’t smoke, but if you do, use filter cigarettes.”

One study has already found a weak linkage. I would like to see a more concerted investigations that aren’t afraid of making a controversial connection.