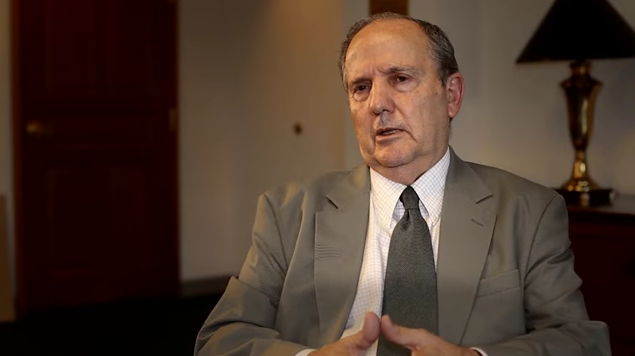 Juan Mendez, with the UN Special Rapporteur on Torture, attributes pro-life laws to humiliating and judgmental attitudes while claiming they inflict tremendous and lasting damage on women.

June 29, 2016 (LiveActionNews) — The UN Human Rights Council (HRC) is “responsible for the promotion and protection of all human rights around the globe,” and it received a report on torture in April. HRC members are often familiar with torture.

About half of them commit it.

Member countries include China, Algeria, and Saudi Arabia–a place where rape victims are whipped and being gay can bring a death sentence. But instead of focusing on that, this document was more concerned with abortion. “Abortion” is used 24 times–21 more times than the word “police.”

Now, you might think abortion belongs in a torture report. After all, if getting dismembered doesn’t meet the definition, it’s hard to imagine what does. However, the report’s author saw things differently. According to him, protecting children is what amounts to torture.

Juan Mendez is with the UN Special Rapporteur on Torture, and he attributes pro-life laws to “humiliating and judgmental attitudes” while claiming they inflict “tremendous and lasting” damage on women. The evidence from Ireland, Poland, and Malta doesn’t seem to bear that out: all three ban abortion in most circumstances and all three have better maternal mortality figures than the US.

Further, Chile’s maternal mortality rate kept dropping even after abortion was criminalized. Meanwhile, Mexican states with permissive abortion laws actually have higher mortality rates than those with restrictive ones.

In contrast, there are plenty of ways that abortion damages women and girls. A study published in the British Medical Journal found that abortion is associated with an elevated risk of suicide.

Before Mendez calls pro-life laws torture, he should really look at what an abortion can involve. Dr. Anthony Levatino is an obstetrician-gynecologist who’s performed over 1,200 abortions. In the video below, he explains how a second trimester abortion procedure known as dilation and evacuation (D&E) is performed.

After the amniotic fluid is removed, the abortionist uses a sopher clamp — a grasping instrument with rows of sharp “teeth” — to grasp and pull the baby’s arms and legs, tearing the limbs from the child’s body.

The abortionist continues to grasp intestines, spine, heart, lungs, and any other limbs or body parts. The most difficult part of the procedure is usually finding, grasping and crushing the baby’s head.

After removing pieces of the child’s skull, the abortionist uses a curette to scrape the uterus and remove the placenta and any remaining parts of the baby.

What makes this even more gruesome? Evidence that a baby can feel it happening.

Dr. Kawaljeet Anand is a professor of pediatrics, anesthesiology and neurobiology at the University of Tennessee. While testifying about another abortion technique called dilation and extraction (D&X), Anand said, “If the fetus is beyond 20 weeks of gestation, I would assume that there will be pain caused to the fetus. And I believe it will be severe and excruciating pain.”

He’s not the only one who thinks preborn children suffer. Dr. Ray Paschall is an anesthesiology professor at Vanderbilt University who participated in hundreds of fetal surgeries. During one of his early procedures, Dr. Paschall observed a pain response in his patient. He remains “absolutely convinced, 100 percent more than I was even back in 2000, that was a purposeful movement away from a neurosurgeon’s knife.” That led him to increase the dose of anesthesia, after which Dr. Paschall says he didn’t see a similar response during subsequent operations.

Dr. Paschall typically worked on fetuses at between 21 and 25 weeks gestational age, but some argue pain could begin even earlier. One of them is Dr. Maureen Condic, a neurobiologist at the University of Utah who testified before Congress on the issue.

If Juan Mendez really wants to stop torture, then he should support legislation to protect pain-capable children. He could also demand action against those who enable trafficking and abuse. Because he’s right that abortion has a lot to do with torture. Pro-lifers just aren’t the ones committing it.