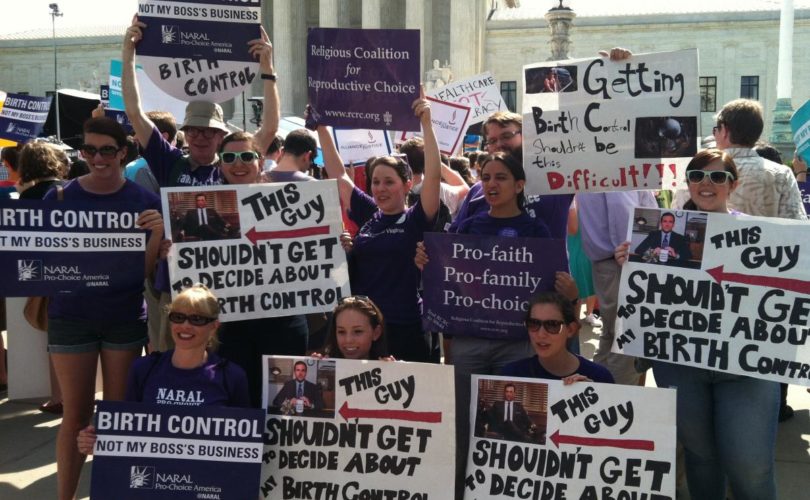 Pro-abortion activists protest outside the U.S. Supreme Court on June 30, 2014 as they await the court's decision on the Hobby Lobby case.Kathryn Yoder / Newsbusters.org

The liberal media attack religious freedom in regards to the Hobby Lobby case — and protesters followed suit outside SCOTUS as the justices released their opinions. Video Below.

Both pro-abortion activists and pro-lifers rallied in front of the Supreme Court, carrying signs with slogans like “Not My Boss’s Business” and “I Am The Pro-Life Generation.” The two opposing groups shouted protest chants while speakers from Students For Life and Concerned Woman of America spoke to the various news groups covering the event.

The Supreme Court ruled that for-profit companies whose owners had objections to providing coverage for abortion-inducing drugs could be excluded from the Obamacare Contraceptive Mandate. The June 30 decision, which was announced soon after 10:00 a.m., evaluated President Obama’s Affordable Care Act and its requirement of company employers to include birth control within their employee health care plans.

View pictures from the protesters below: