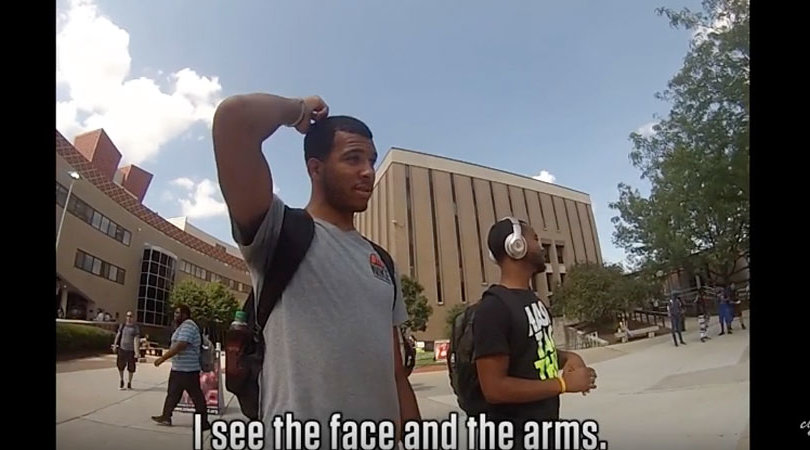 September 16, 2016 (LiveActionNews) — In a new video released by Created Equal – a union of human rights activists committed to educating individuals about “the ageism of abortion, by which young humans are killed daily for reasons we would not permit the killing of older (born) humans” – a student from Columbus State Community College appears to change his mind about abortion, possibly becoming pro-life within mere seconds after viewing pictures of abortion victims.

At first glance, the student, named Will, seems a bit confused. “It looks disgusting. It looks like – I don’t know,” he says. But it doesn’t take long for Will to realize what is in the pictures. “Oh, that’s, that’s a baby…”

After the pro-life activist in the video explains to Will that the pictures are of aborted babies, Will exclaims, “I’ve never seen a picture like that. Nah, that’s wrong as hell!” The activist then asks Will what he thought about abortion before seeing the pictures. “I just thought it was, like, a normal process,” admits Will. “Now I’m like, damn! I see the face and the arms,” he continues.  “That’s sick.”

Will says that seeing the pictures, which represent the reality of the barbarity of abortion, gave him a whole new perspective on what abortion is. “Wow, that’s crazy!” he concludes.

In some cases, there has been disagreement within the pro-life community on whether it is appropriate to publicly show the violent and repulsive – but real – effects of abortion. Regardless of where one stands on the appropriateness of public displays, it is undeniably important to educate the public on the true nature of abortion, lest some continue to blindly believe it is merely “a normal process.”