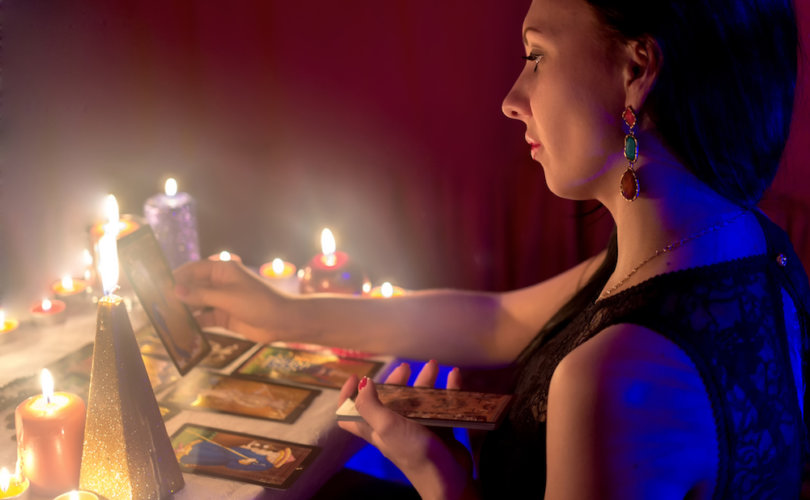 June 22, 2017 (LifeSiteNews) – Vogue is encouraging women frustrated by today's political climate to “awaken your inner witch” by reciting incantations to “call back” their feminist power.

There's a “witchy renaissance” happening right now, according to the article, titled How to Awaken Your Inner Witch. It promoted a new book on witches by a “third-generation hereditary witch and wellness practitioner” named Lisa Lister.

“Women across the globe are actively using the word 'witch' as a way to describe themselves because the witch is waking,” according to Lister. They are rejecting the “patriarchy” and “re-remembering” what it means to be a woman.

The “simple ritual for awakening (or, more precisely, re-awakening) your own inner witch” that the iconic magazine published involves creating a triangle with one's hands, a “mudra” sometimes used in yoga and Eastern spirituality practices.

“We stand with our feet slightly apart, bent at the knees, and then we close our eyes, place our attention at our third eye and say out loud three times: 'I call back my power now,'” the article instructs. Women should “visualize a bright white light coming up through the soles of your feet, through your knees and into your womb space.”

Readers are instructed to end the occultish practice by saying “so mote it be,” which seems to witchcraft's equivalent of “amen.”

There is a growing, worldwide anti-President Trump movement that encourages people to cast “binding spells” on him, invoking the assistance of “demons of the infernal realms” and other spirits. The anti-Trump “spell” contains similar language to the ritual published in Vogue.

The anti-Trump witches most recently encouraged people to curse Trump on June 21, the summer solstace.