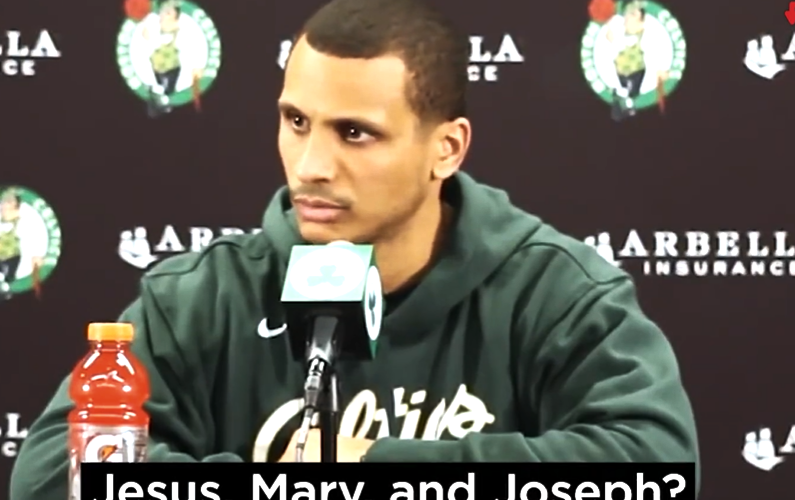 After his team’s 134-121 victory over the Miami Heat, a reporter asked Mazzulla if he’d met with Prince William and Kate Middleton of the United Kingdom. The pair was sitting courtside at the game to kick off their three-day trip to America.

“Did you get a chance to meet with the royal family?” an excited female journalist wondered. “And, if not, how was it like having them there in the building?”

“Jesus, Mary, and Joseph?” Mazzulla replied with a straight face.

The reporter giggled then clarified she was talking about “the Prince and Princess of Wales.”

“Oh, no, I did not. I’m only familiar with one royal family. I don’t know too much about that one,” Mazulla retorted, as reporters sat in silence.

The Celtics currently have an NBA-best 18-4 record. The win against the Heat was their fifth in a row. Mazulla, 34, was named the Eastern Conference’s Coach of the Month for October/November. He’s currently the youngest active coach in the NBA. He’s also the odds-on favorite to win the Coach of the Year award.

Mazulla was hired as an assistant by the Celtics in 2019, having coached at NCAA Division II Fairmont State the previous two seasons. He played college basketball at West Virginia University.