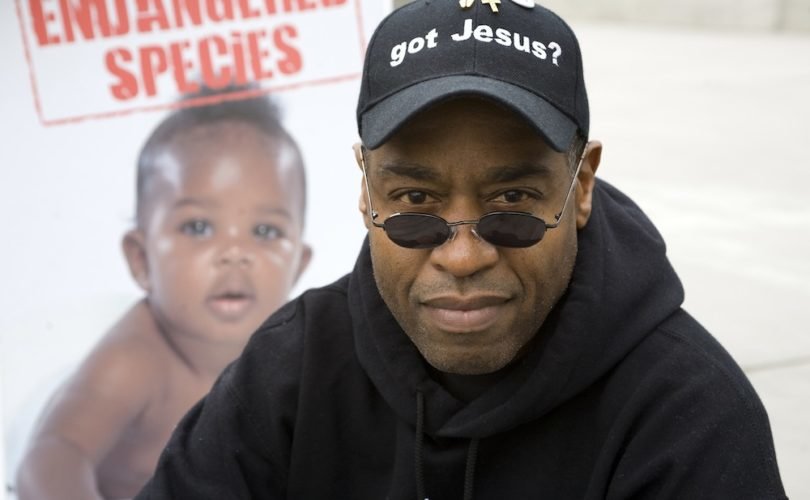 In his latest lightning fast video, Rev. Walter Hoye II has exposed another aspect of the abortion industry's assault on the African-American community: How abortion's disproportionate effect is leading the community to destruction.

“Brothers, it doesn't have to end this way,” Rev. Hoye says. “It's the Democrats who support Planned Parenthood.”

The video, which mixes playful music with harrowing statistics, coincides with a national three-day protest by black pro-life leaders against Hillary Clinton.

Rev. Hoye points readers to an historic publication, “The Social and Economic Status of the Black Population in the United States: An Historical View, 1790-1978,” which provides greater material for study.

Rev. Hoye has warned before that “There is such a thing as 'Too Late.' History, has written 'Too Late' on the tombstone of many.”

He cited the words of Cecil Moore, the president of an NAACP chapter, who told a 1965 meeting of the Council of Philadelphia Anti-Poverty Action Committee that Planned Parenthood is “replete with everything to help the Negroes commit race suicide.”