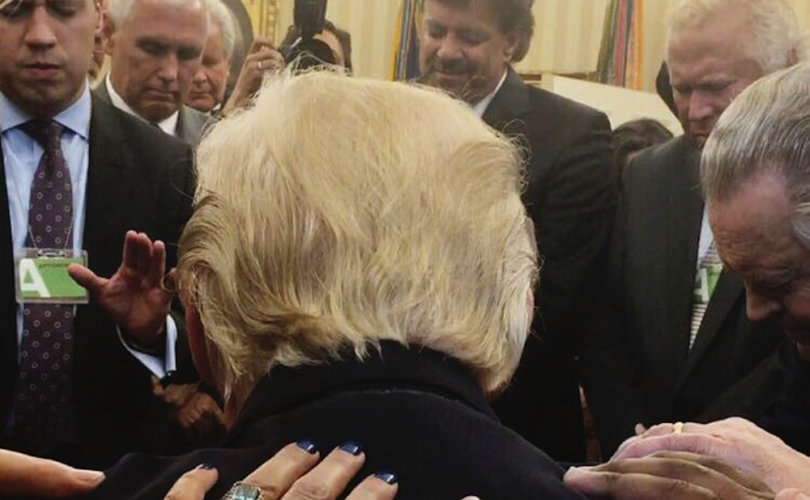 “They've been called the most evangelical Cabinet in history,” said Christian Broadcasting Network correspondent Jennifer Wishon, “men and women who don't mince words when it comes to where they stand on God and the Bible.”

Wishon said Monday on the 700 Club that the Bible study is making history.

While Bible studies among Washington politicians or officials are not unheard of, the weekly White House Bible study is the first regular cabinet-level study in some 100-plus years, according to organizer Ralph Drollinger, president and founder of Capitol Ministries.

Vice President Mike Pence, who described himself during the 2016 campaign as “a Christian, a conservative, and a Republican, in that order,” is present for the Bible study as often as his travel schedule allows.

President Trump is invited to the study and receives notes after each week’s meeting.

“These are godly individuals that God has risen to a position of prominence in our culture,” Drollinger said. “I don't think Donald Trump has figured out that he chained himself to the Apostle Paul.”

Drollinger played college basketball for the UCLA Bruins under renowned coach John Wooden and in the NBA for one season with the Dallas Mavericks. He was the first player in NCAA history to make it to the Final Four of the NCAA Tournament four times. The Bruins won the national championship in two of those years.

Wooden too was an evangelical Christian whose Christian principles shaped his coaching.

Drollinger founded Capitol Ministries after his retirement from basketball. The ministry has established Bible studies in 40 U.S. state capitols and 24 foreign countries.

They are part of the Capitol Ministries D.C. Bible studies and are sponsored by Vice President Pence, eight cabinet members, and 56 senators and representatives.