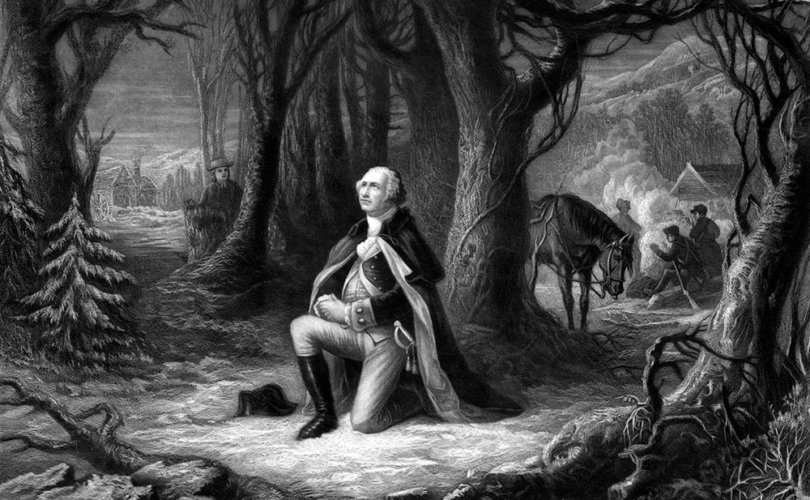 November 28, 2019 (LifeSiteNews) – The following are just a few excerpts from an excellent Fox News article by Lathan Watts. I encourage LifeSite readers to read the entire original article. It reveals that there was much more to George Washington and his thoughts on the necessary role of religion in government and society than most of today's education institutes and media would want you to know.

“The man known as the father of the” United States and who as president first established the special celebration of a day of Thanksgiving in the United States, proclaimed:”

“Whereas it is the duty of all nations to acknowledge the providence of Almighty God, to obey His will, to be grateful for His benefits, and humbly to implore His protection and favor…. For the great degree of tranquility, union, and plenty which we have since enjoyed; for the peaceable and rational manner in which we have been enabled to establish constitutions of government for our safety and happiness, and particularly the national one now lately instituted; for the civil and religious liberty with which we are blessed…”

“For Washington, religious liberty didn’t mean government neutrality toward religion. To him and his fellow founders, religion, virtue, and liberty were inexorably linked.”

There are many disputes about exactly what religion Washington followed, on whether he was a Deist, Mason or genuine Christian. I won't even try to get into that. Many of those arguments tend to be self-serving to especially undermine the fact that he might have been any kind of genuine Christian or that the United States was founded as a Christian nation.

All I know is that these words of his, and simlar ones from many of his contemporaries, are inspiring to myself and many others. And they make a lot of sense. The standard today is for all political leaders, media personalities and even, unbelievably, many religious leaders, to cowardly avoid emphasizing the essential importance of Christian religion in the public square, including government.

Washington and many of his comtemporaries and many later US leaders were instead very outspoken about the necessity of religion in order to maintain any healthy, free society. The shameful, politically correct, extreme cowardice that we generally see today among leaders, with some notable exceptions, is only a relatively recent aberration, probably thanks to the advance of Communism and other  atheistic movements.

I can't see how any free, democratic society or free Republic can survive long without its people and institutions honoring, promoting and holding in common the most basic Christian religious principles.

And that is why we currently have reason to be deeply concerned about the future survival, not only of the United States, but also of all nations that were part of Christendom which brought justice and incredible improvements to the daily lives of a large part of mankind.