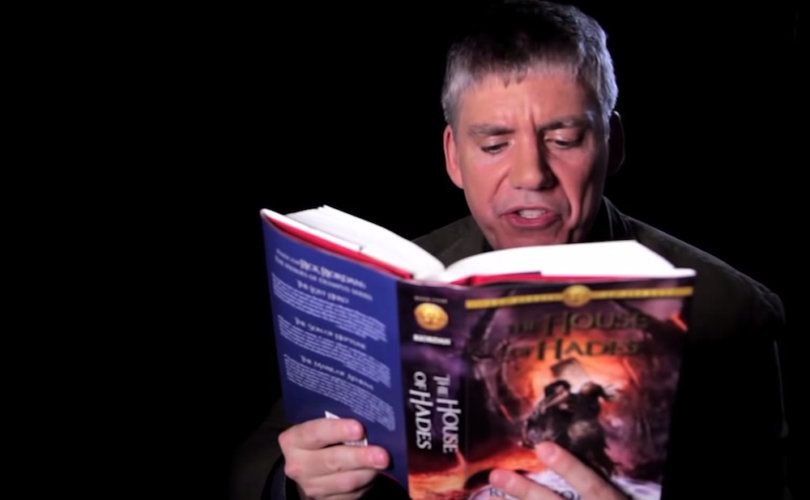 October 4, 2016 (LifeSiteNews) — The fourth installment of the popular young teen literature series The Heroes of Olympus features a protagonist coming out as homosexual.

Rick Riordan’s House of Hades is part of the mythological fantasy adventure series that forms a sequel to the Percy Jackson & the Olympians series. According to online reviews, the 2013 book, which remains popular among children and in schools, is riddled with crude humor.

Readers learn in House of Hades that Nico, a 14-year-old demigod, identifies himself as gay and has romantic feelings for another male character.

Pro-LGBT online reviews hail Nico as a “positive representation of a gay person in fiction,” “one of the most central, important and powerful heroes in the stories,” and “one of the most popular characters among readers.” Fan sites indicate he later enters a relationship with another male character.

Scholastic lists the book as appropriate reading for children starting in fourth grade.

More than 50 million copies of Riordan’s adult and children’s books are in print in the United States, according to his website.