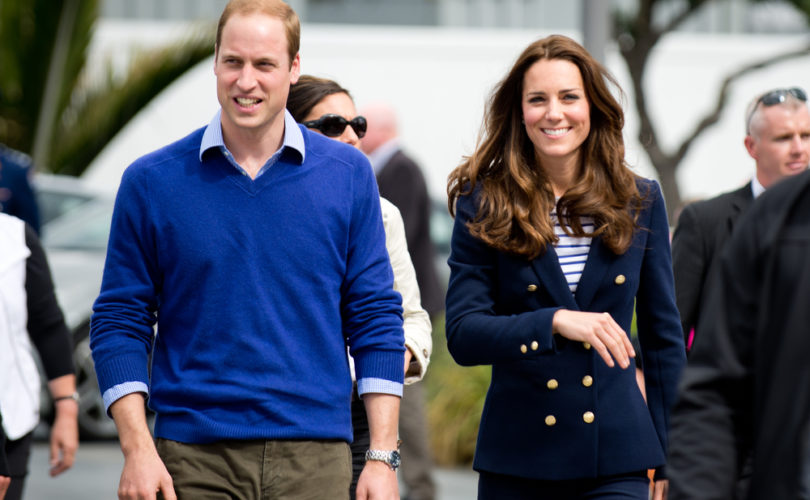 “Prince William, Kate Middleton, and Bump Touch Down in New York City,” proclaimed a Daily Beast headline. NBC’s Today.com announced, “Americans are giving the Duke and Duchess of Cambridge a warm reception for their first visit to the Big Apple, where the royal couple gave frenzied fans exactly what they wanted: A peek at the growing baby bump.”

It’s great that everyone is so excited about Prince William and Kate’s unborn daughter or son.

But it’s also incredible what a disconnect there is between the media’s coverage of wanted kids and the coverage of unwanted kids—even when they’re the same age.

Kate Middleton is around five months pregnant, according to media reports. At this stage, the baby has a heart, a face, a brain and fingernails. Hair is beginning to grow on the baby’s head and body, and he or she might be already hearing. (Kate and William might also know their child’s gender—an ultrasound could reveal it at this stage.) Kate may already be feeling her child moving in the womb, especially as second-time moms are more likely to feel their child moving earlier, according to the Mayo Clinic.

Yet the United States still doesn’t ban abortion after 20 weeks.

The United States is one of only seven countries—including China and North Korea—allowing elective abortions after 20 weeks.

House Republicans—and six Democrats—passed a bill last year banning abortions after 20 weeks. Senate Republicans, who will control the Senate in January, are also poised now to have a vote on the matter.

“I look forward to having the Senate consider similar legislation in the next Congress,” soon-to-be Senate Majority Leader Mitch McConnell told the Wall Street Journal.

Let’s hope that the excitement over Kate’s baby bump translates into a renewed interest for protecting all babies’ lives. Because you shouldn’t need to be royalty to have to have your life celebrated—and safeguarded by law—at the age of 20 weeks.

Katrina Trinko is managing editor of The Daily Signal, where this article first appeared, and a member of USA Today's Board of Contributors.