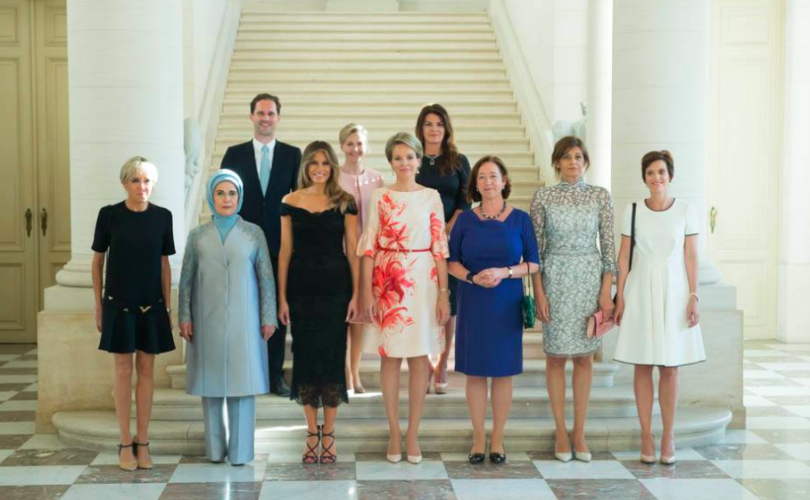 May 30, 2017 (LifeSiteNews) — During last week’s NATO Summit, spouses of the participating heads of state gathered for a group photo while their husbands — or in some cases, non-married male partners — were engaged in high-level talks.

In the back row is Gauthier Destenay, ‘husband’ of Luxembourg Prime Minister Xavier Bettel.

Did you ever watch Sesame Street with your kids? Perhaps you remember this catchy tune:

One of these things is not like the others,

One of these things just doesn't belong.

Can you guess which thing is not like the others,

Before I finish my song?

We’re pretty sure that when NATO (The North Atlantic Treaty Organization) came to be after WWII, it was about defending member nations against external threats, in particular against the military might of the USSR. But now it seems that NATO is also used as a vehicle for promoting the normalization of homosexuality.

Bettel was the only gay head of state attending the summit. The two were ‘married’ in 2015.