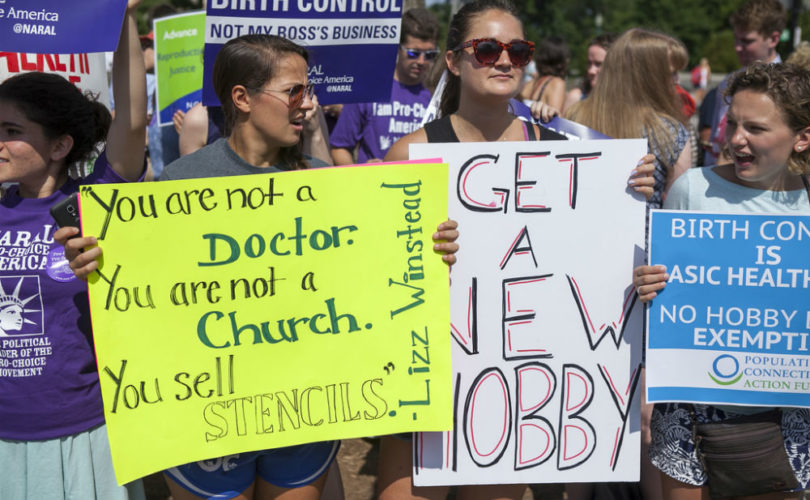 When the Supreme Court ruled on the Hobby Lobby case, the near universal reaction by liberals was that it was a travesty of epic proportion. But as self-professed liberal law professor Brett McDonnell argues, the left should embrace the Hobby Lobby decision since it supports liberal values:

It is not, however, especially thoughtful stuff. The court does not argue that corporations are just like real people. Rather, it argues that people often exercise faith collectively, in organizations. Allowing those organizations to assert religious-liberty rights protects the liberty of the persons acting within them. The obvious example is churches, usually legally organized as nonprofit corporations.

The real issue is not whether corporations of any type can ever claim protection under RFRA — sometimes they can. The issue is whether for-profit corporations can ever have enough of a religious purpose to claim that protection.

To me, as a professor of corporate law, liberal denial of this point sounds very odd. In my world, activists and liberal professors (like me) are constantly asserting that corporations can and should care about more than just shareholder profit. We sing the praises of corporate social responsibility.

Well, Hobby Lobby is a socially responsible corporation, judged by the deep religious beliefs of its owners. The court decisively rejects the notion that the sole purpose of a for-profit corporation is to make money for its shareholders. This fits perfectly with the expansive view of corporate purpose that liberal proponents of social responsibility usually advocate — except, apparently, when talking about this case.

McDonnell is right, of course. Support for religious liberty should transcend partisan political lines. And it used to be an issue that was championed by liberals. The fact that religious liberty is now despised and denigrated reveals a sudden, perhaps irrevocable shift in the nature of progressivism in America.