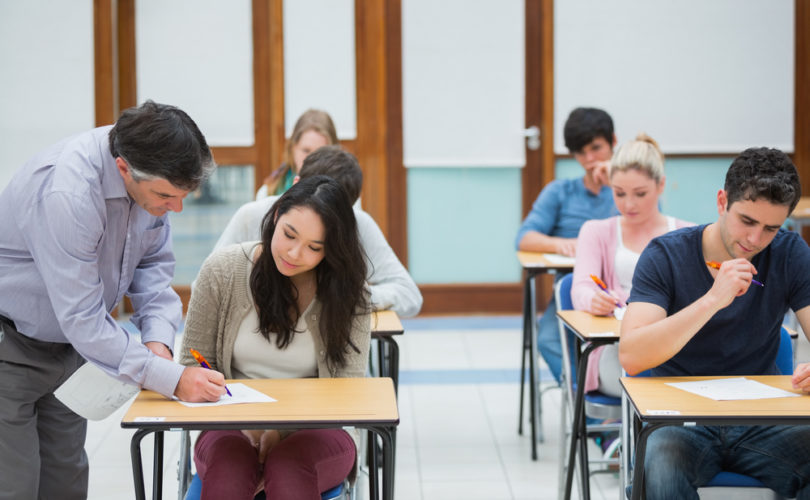 Back in college, I wrote a line in my senior major thesis stating that history is like the Bible, you can make it prove almost anything. I think the same thing has often been said about statistics.

To which, we should, alas, add many “scholarly” and “scientific” studies. Too often the authors of “studies” decide what they want to prove first, and then do just that.

That would seem to be the case in a study by the University of Chicago’s International Human Rights Clinic. It appears to have set out to prove that sex selection abortion isn’t happening in the USA (even though there is now an early test marketed to predict gender). From, “The United States has a Femicide Problem,” by Rachel Lu in The Federalist:

It [the study] wears its political agenda on its sleeve, presenting a list of “myths” (used by the pro-life movement to justify laws against sex-selective abortion) and replacing them with “facts” (meant to show that such laws are unnecessary).

The presentation builds to “Myth #6” (“The primary motivation behind laws banning sex-selective abortion in the United States is to prevent gender-based discrimination”) which is replaced by “Fact #6” (“Restricting access to abortion is the primary motivation for sex-selective abortion bans.”) It’s refreshing they are so obvious about their allegiances. Why muddy the waters with pretensions to academic detachment when abortion rights are on the line?

Exactly. The study is intended primarily as political advocacy to counter pro-life efforts to ban eugenic sex-selection abortion–happening now in the West–proposals that force pro-abortion advocates out of their “pro-choice” crouch.

Back to Lu. The study found evidence of sex-selection abortion and buried it in the weeds:

I advise pulling up the study yourself and flashing ahead to page 16, where the authors admit: “Our study of pooled ACS data confirms Almond and Edlund’s study with regard to the third births of foreign-born Chinese, Indian and Korean families that have already given birth to two girls…”

The authors pulled a bit of a fast one on their [pro-choice] journalistic admirers by burying the single most important piece of information in a forest of far-less-relevant facts, graphs, and meanderings about methodology. Amazingly, they don’t even bother to tell us what sex ratio they found for the single most critical, two-daughter case. Did they figure people wouldn’t be interested in that niggling little number?

Or do they just prefer to hide unwelcome data in plain sight by shining a bright spotlight on those statistics that are friendlier to their political agenda? It’s a neat little bit of misdirection. Move over, David Copperfield.

So a study sets out to disprove “pro-life myths” and finds strong evidence to the contrary, and doesn’t follow the trail where it actually leads. Too typical.

Of course, not all studies are advocacy in disguise. But here’s the problem: There are enough advocacy studies that it discredits by association good and objective work.

And that intellectual corruption hurts science and the humanities. People aren’t moved any more by “studies”–including those that should impact their thinking–because so many are really vehicles intended to push or defend ideological agendas.