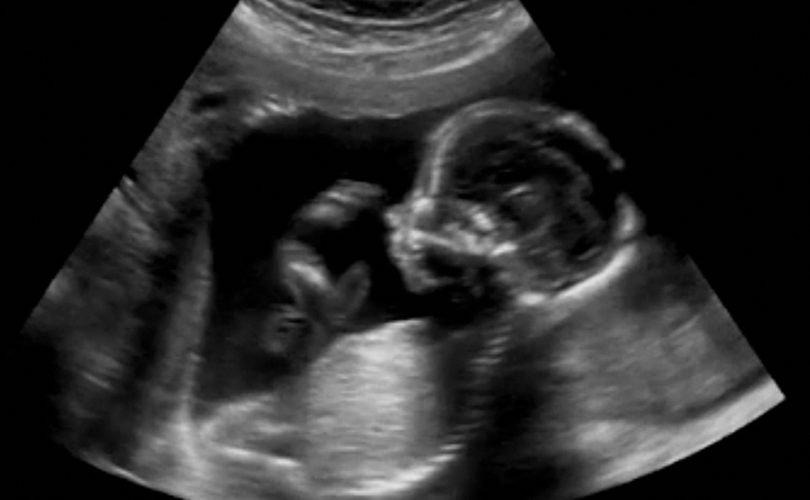 There are very few intelligent arguments in favor of legal abortion, but there are very few as exceptionally stupid as the one fired at me on Twitter yesterday by “ProChoicePEI,” who describes herself as a “Pro-choice advocate, feminist. Exposing the hypocrisy and misinformation of the ‘pro-life’ movement on PEI.” My colleague made the point that the UN Declaration of Human Rights demands that countries recognize the, “equal and inalienable rights of all members of the human family.” So while she was exposing us really hard by protesting the imagery we use to expose abortion, ProChoicePEI said this: “at the expense of women's rights to autonomy, security of the person, reproductive health, protection from gender violence?”

Say, what? Abortion targets the body of the pre-born child, not the woman, women don’t need to have their offspring killed to be secure, and to connect the unnatural and barbaric process of abortion to the word “health” is ridiculous. But the real gem here is that last argument—women need abortion to protect them from abusive men?

So I fired back a few tweets:

Abortion protects from gender violence? That’s ludicrous. Abortion is used to cover up crimes from sex-trafficking to rape.

Not to mention the primary victims of abortion: Pre-born girls. Millions of them.

The solution to abusive relationships is to lock up the abuser, not to kill a pre-born child. Abortion is not a band-aid.

REAL solutions that target misogyny and abuse are necessary, not pretending that killing our own offspring is a solution.

I haven’t heard back yet from ProChoicePEI yet, but hopefully she got the picture: To say that the way to protect a woman from violence is to force open her cervix, insert a suction aspirator into her uterus, and vacuum out her developing son or daughter is offensive and stupid.

But a lot of people agree that abortion is the perfect solution to awful situations. People like pimps and rapists and sexual predators, who enjoy having an easy method of surgically removing the “evidence” of their crime and continuing the exploitation of their victims. Like in a story released today with the headline: “Abortion evidence unfairly swayed jury, says teacher guilty of sex with student; Appeals Court disagrees.”

According to the article:

Jon Eric Jungkind is serving three to 15 years in prison after he was convicted of having sex with a 17-year-old girl, a student at Cedar Springs High School where he taught.

The young woman, now a college student, told the jury that she had sex with the 45-year-old teacher several times and that, as a result, she became pregnant.

She told the jury the teacher procured the drug misoprostol, which induces labor resulting in abortion. She said she took the drugs, allegedly procured from outside the United States, and abortion was the result.

In his appeal, Jungkind’s attorney argues that the controversial nature of abortion should have led Kent County Circuit Court Judge James Robert Redford to preclude testimony about it during the week-long trial in November of 2012.

But the three-member panel of the Michigan Court of Appeals found that the abortion evidence had value because the procurement of the drug and the subsequent termination of the pregnancy showed that sex had occurred and that Jungkind believed he was responsible for the pregnancy.

Got that? Abortion helped this predatory teacher cover up his crime. And then, because abortion is “controversial,” he figured the court shouldn’t be allowed to use it as evidence. He’d had his baby killed before she could grow up enough to ask where Daddy was and why he was so creepy, but in his mind this evidence should have been inadmissible.

The abortion industry has been caught before helping to cover up statuatory rape. Abortion has enabled countless men to treat women as objects for their own sexual pleasure without consequences. Abortion has allowed rapists to hide their crimes, pimps and traffickers to continue their crimes, and has, overall, been a huge enabler in the ongoing exploitation and victimization of women. That’s not to mention that abortion has enabled millions of misogynists to weed out their daughters before they see the light of day because they prefer sons.

Reprinted with permission from UnMaskingChoice.ca.