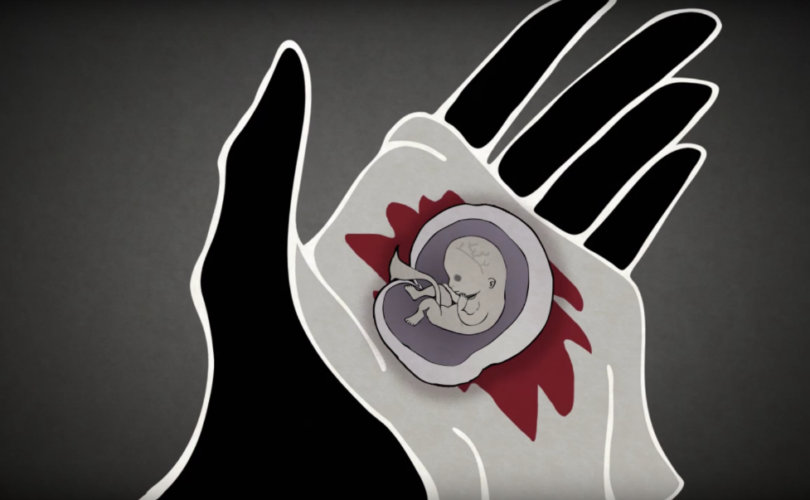 November 4, 2016 (LiveActionNews) — AbortionProcedures.com is spreading the truth about abortion and giving women the real facts they deserve.

The website, started by Live Action, has informational videos on the most common abortion procedures. Seeing what actually happens in an abortion is grisly. No one wants to watch. But this “medical procedure” is a matter of life and death for so many parents who are vulnerable to the lies of the abortion industry. The videos show each step of the abortion with accurate, non-graphic, medical animation. Dr. Anthony Levatino, a former abortionist, narrates the videos.

Esther* saw the videos, and they changed her life. Soon after she came to the United States from Nigeria, she found out she was pregnant. Esther had already had two abortions in Nigeria, one medical and one surgical. No one told her what the procedures really did, how developed her babies were, and what side effects she might have. She even remembers going to the pharmacy to pick up the abortion pills herself (in the United States, the first pills have to be administered by a doctor). Since she had just arrived in America and her relationship with the father of her child was rocky, abortion seemed like the right choice at the time.

This time, however, things turned out much differently.

Esther found Her Choice Birmingham Women’s Center, a pregnancy resource center that offers free pregnancy tests, ultrasounds, and counseling. It was there that Esther learned what actually happens in an abortion. She was early on in her pregnancy, and she assumed she could easily take the abortion pills and no longer be pregnant. The counselors at Her Choice Birmingham showed Esther the video from AbortionProcedures.com and explained what would actually happen to her living baby. She also watched the video about surgical abortion, and Esther was struck with a sense of grief and loss for the babies she had aborted.

After seeing the videos, Esther still did not want to be pregnant, as her situation was complicated. She thought, cried, and prayed. And then Esther came back to Her Choice Birmingham for an ultrasound — the most powerful image a pregnant mother can see — and decided she needed to choose life for her baby.

Her Choice Birmingham continues to assist Esther by raising funds for her medical care. Esther’s baby is alive today because of these powerful videos.

Watch the two videos Esther saw, and you’ll understand why. (The rest of the videos are available here.)