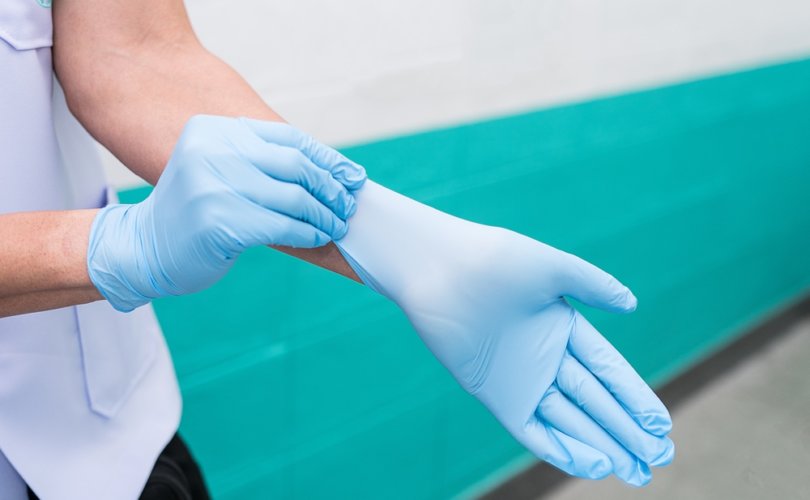 LONDON, England, January 3, 2018 (LifeSiteNews) – A woman who had requested a female nurse to conduct her cervical exam (pap smear) was shocked when a male nurse appeared instead who claimed to be “transsexual.”

The woman, who has not been named, described the nurse as having “an obviously male appearance, close-cropped hair, a male facial appearance and voice, [a] large number of tattoos and facial stubble.”

The patient told Sunday Times, “People who are not comfortable about this are presented as bigots and this is kind of how I was made to feel about it.”

She decided not to go through with her exam and later complained to the National Health Service.

The woman said it was “weird where somebody says to you: ‘My gender is not male’ and you think ‘Well what does that even mean? You are clearly a man.’”

The story highlights the difficulties transgenderism poses for women who are uncomfortable having biological males in their personal spaces or performing gynecological examinations. This is particularly serious when it comes to cervical cancer prevention. The NHS in Scotland, for example, encourages adult women to have cervical exams once every two years.

Women’s improved position in society, which includes the opportunity to become or be treated by female medical professionals, seems to have had a setback as the interests of biological males who want to be considered “women” compete with the interests of real women.

The biological realities of womanhood are so central to female experience that it may be difficult for biological males to understand why most women feel a need to keep certain functions and treatments deeply private, or carried out only among fellow biological women.

There is a vulnerability to biological womanhood that society, including biological males who sincerely believe they are “women,” must always respect.