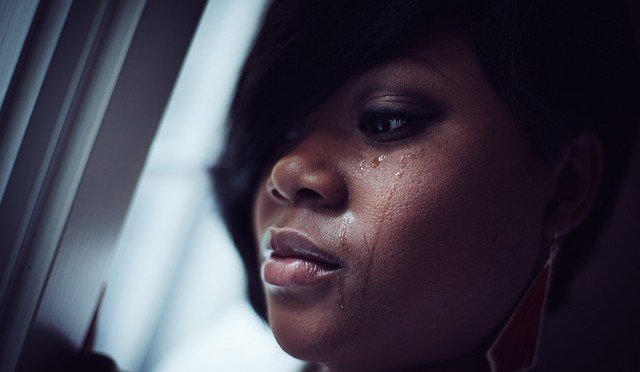 Jan. 4, 2016 (LiveActionNews) — In the book Life at All Costs: An Anthology of Voices from 21st-Century Black Pro-Life Leaders, former Planned Parenthood patient Tegra Little describes her abortion at Planned Parenthood and its tragic aftermath. At the facility, she was not given counseling, nor was she allowed to look at her ultrasound. It was only many years later, when she began experiencing health issues culminating in a partial hysterectomy, that Little realized how much she had been exploited by the abortion providers she’d trusted.

Little describes going into the Planned Parenthood facility on the day of her abortion:

We walked into the clinic and the lobby was empty. I approached the receptionist window and a woman handed me paperwork to complete. A little while later, a black woman called my name and she escorted me into her office. She looked over my paperwork and told me I was still young, in school and I could worry about kids later.

No counselor talked to her about her feelings or checked to make sure she was certain about her decision.  As Little explains:

This was the only advice and counsel I was given. She certainly did not try and persuade me into waiting a day or two to think about my decision. It was clear in her mind that what was about to take place was not a big deal, and she wanted to make sure I grabbed hold of that same mindset.

The clinic then did an ultrasound and refused to let Little see it when she asked.

I asked her if I could see the screen, and she said, “No.” I asked, “Why not?” She said, “It’s against our policy.” Then she told me, “There’s nothing to see, it’s just tissue.” In that moment I should’ve put my clothes back on and walked out. She never talked with me about fetal development, the baby’s heartbeat, or adoption.

Even in the early stages, the preborn baby is never “just tissue.” From the moment of conception, he or she is a developing human being, separate and distinct from the mother, with his or her own DNA. By only 21-22 days after conception, often before the mother even realizes she’s pregnant, the baby’s heart begins to beat. You can see a video of a preborn baby’s heart beating at just over 4 weeks here.   Brain waves are present at six weeks.  By seven to eight weeks, the baby is fully formed with arms, legs, fingers and toes.

Little will never know if seeing the heartbeat and image of her baby on the ultrasound screen would have changed her mind. She describes being hurriedly prepped for the abortion:

Before I knew it I was quickly swept into a sterile bright white room, greeted by a Filipino woman who asked me to climb onto the table. When the doctor came in, he had a mask on and I could only see his eyes. He told me to relax, I would receive a sedative, and I wouldn’t feel anything, and the procedure would not take long. It did seem as if the entire procedure was less than an hour.

The Planned Parenthood workers didn’t seem to give her much time to think about her decision, and did not show her the respect and courtesy of letting her see the ultrasound.

Little had a right to as much time as she needed to make up her mind. She also had a right to know all of the information about what was going on inside her body before submitting to the invasive surgery that would kill her child.

Whether the abortion worker lied and withheld information because she thought it would be easier for Little not to know the truth or because she wanted to make sure Little didn’t back out of the abortion (perhaps fearing the loss of income that would mean), the result was the same. Little was denied key information that would have helped her make an informed decision. Instead, she signed away the life of her baby without knowing crucial facts about abortion and her other options. Her rights were violated, as were those of her child.

I remember walking into the locker room and seeing at least 10 women sitting next to one another on a long bench. We all looked like zombies… Someone came in the room and offered us juice and cookies. I remember thanking the person and in my comatose state, I said, “You guys are really nice in here, you are treating us so well.”

I was deceived, delusional and out of my mind. I was in the lion’s den, and didn’t even know it.

Another thing Little was not told was abortion’s potential risks. Abortion has been linked to higher levels of miscarriages, stillbirths, premature births, and other health problems.

Tragically, Little would learn all too well about the harm abortion can do to a woman’s body in her future pregnancies:

I was 34 when I had my first molar/ectopic pregnancy. My OB/GYN told me I also had a lot of scar tissue in my fallopian tubes. Two years later at 36, I had a miscarriage, followed by another molar pregnancy at 37. At 38, I had a partial hysterectomy…

A 2006 study showed that a woman who has an abortion is 60% more likely to have a miscarriage. Several older studies show an increased risk of ectopic pregnancy in aborting women.

The woman from Planned Parenthood was right about one thing when she said, “You could worry about kids later.” Worry was now the operative word.

Little’s story is all too common. If there had been pro-life sidewalk counselors outside the clinic on the day of her abortion, it’s possible one of them could’ve given her literature warning her of the dangers of abortion and teaching her about the development of her preborn child. Her story is yet another example of such information being withheld and/or hidden by an abortion facility. When these facilities lie or keep back information, they are showing a tremendous disrespect for women’s rights and autonomy. Blame for the suffering many women go through afterward can only be laid at the foot of the abortion industry and, in this case, Planned Parenthood.