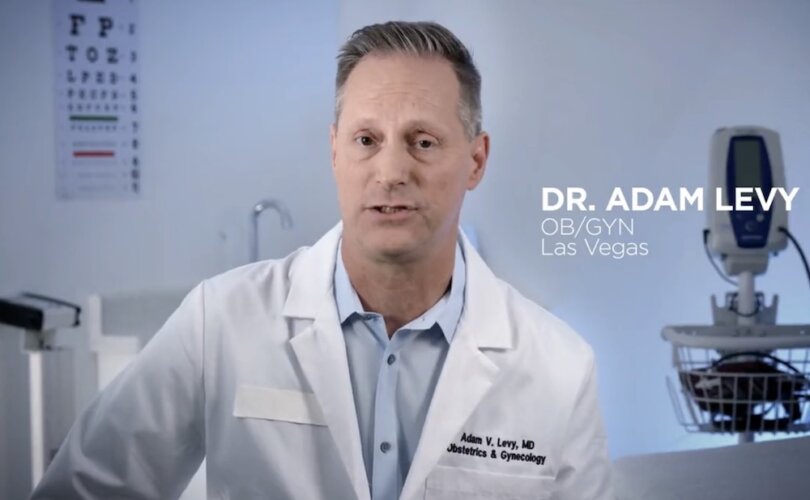 (LifeSiteNews) – An abortionist featured in a Democrat ad accusing pro-life laws of endangering women is allegedly responsible for at least one actual death and more, undermining a key Democrat narrative going into the midterm elections.

“Before Roe v. Wade, doctors saw plenty of botched, back-alley abortions, and far too many women died. Never did I think we would be back here as a nation,” says Dr. Adam Levy of the University of Nevada and the Birth Control Care Center, in a House Majority PAC ad against April Becker, the Republican candidate for Nevada’s 3rd House District. “But politicians like April Becker have led us to this moment. Becker is so anti-abortion, her extreme backers would ban all abortions, even in cases of rape, incest or to save the life of the mother. April Becker is a dangerous threat to the women of Nevada.”

WATCH: @HouseMajPAC is launching a new TV ad detailing @VoteAprilBecker’s anti-abortion views, and her extreme backers wanting to ban all abortion, even in cases of rape, incest or to save the life of the mother. #NV03 pic.twitter.com/kYEz8s67AS

However, as documented by Operation Rescue’s Abortion Docs database and highlighted recently by the Daily Caller and Townhall, in 2007 Levy’s insurance paid $20,000 to settle a case in which a woman whose child he was aborting died from a perforated uterus. Nevada State Board of Medical Examiners records also indicate that his insurance paid out $7,500 when a woman “suffered 2nd and 3rd degree burns to her labia and perineum from a hot weighted speculum used in surgery.”

What’s more, in 1999 Levy pled guilty to a lesser count after being charged with sexually assaulting a minor younger than 16 and performing lewd and lascivious acts with a child younger than 14, according to documents obtained by the Nevada Globe. He was given two years’ probation, ordered to avoid contact with his victims, forbidden from possessing pornography, and made to complete a sex offender treatment program.

As for the ad itself, it invokes a pervasive but largely baseless myth about Roe supposedly saving women from an epidemic of dangerous back-alley abortions.

In fact, ex-Planned Parenthood director Mary Calderon estimated in 1960 that 90 percent of illegal abortions were committed by licensed physicians. Former Planned Parenthood and Centers for Disease Control statistician Dr. Christopher Tietze and NARAL co-founder turned pro-life activist Dr. Bernard Nathanson admitted that the abortion lobby dramatically exaggerated the number of pre-Roe maternal deaths for political gain. And to the extent that there was any decline in abortion-related maternal deaths, FactCheck.org found the “best available evidence” shows it began before states started legalizing abortion and was largely due to the invention of new drugs.

Democrats have placed much of their electoral hopes this year on the June overturn of Roe driving turnout by scaring Americans about the imagined fallout of losing abortion “access.” But while polls show a majority of Americans is not yet willing to completely ban the procedure, polls also show that the public is closer to the mainstream Republican position than to the Democrat stance of unlimited, unregulated abortion throughout the entirety of pregnancy and at taxpayer expense. Further, a New York Times/Siena College poll released last week found that while independent female voters had favored Democrats by 14 points in September, a month later they had shifted to favoring Republicans by 18, suggesting that whatever “abortion bounce” Democrats may have enjoyed was quickly superseded by voters’ more pressing concerns about issues such as crime and the cost of living.

Meanwhile, Becker has been endorsed by the Susan B. Anthony List Candidate Fund but describes herself as a moderate on the issue, who favors “exceptions for rape, incest, and life of the mother” and “will vote against any attempt to regulate abortion at the federal level” because she considers abortion a state issue.