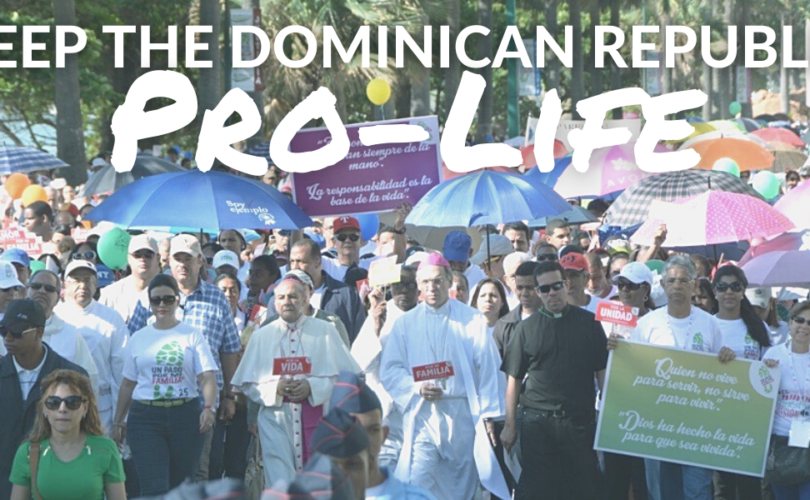 Help keep abortion out of the Dominican Republic: LifeFunder

Speaking with LifeSiteNews, Bishop Victor Masalles of the Diocese of Baní said that, as the last abortion-free country in the Caribbean, the Dominican Republic had become the focus of the Biden administration’s campaign to overturn pro-life laws in Latin America.

“The (Dominican Republic) president of the Senate, the president of the Representatives … they received a warning from the American embassy that if they don’t legalize abortion, and they don’t open the Penal Code against the discrimination for the LGBT person (sic), they’re going to be without visa … without American visa,” the bishop told Tim Jackson of LifeSiteNews.

Bishop Masalles went on to say that there is, however, a culture of life in the Dominican Republic, “even in Congress,” and that after 20 years pro-life activists are “still fighting” and “still standing” in favor of the penalization of abortion.

“The (Dominican Republic) government wants that abortion, at least in three cases, be legalized, and that’s our problem,” the bishop continued.

The bishop and other pro-life activists are planning a March for Life to take place on March 26, in which cars will also drive in convoy around the island to the capital, Santo Domingo.

Referring to the recent Colombian Supreme Court decision to legalize abortion there, Bishop Masalles said there is also “an international agenda trying to introduce abortion in all the countries” that remain pro-life.

International Planned Parenthood Federation (IPPF) also gives an average of $1.5 million each year to their Dominican Republic abortion subsidiary, La Familia, according to the bishop.

In order to push back against the international abortion lobby, Bishop Masalles told LifeSiteNews that people should consider donating to the March for Life being organized by pro-life activists in the Dominican Republic next month.

Help keep abortion out of the Dominican Republic: LifeFunder