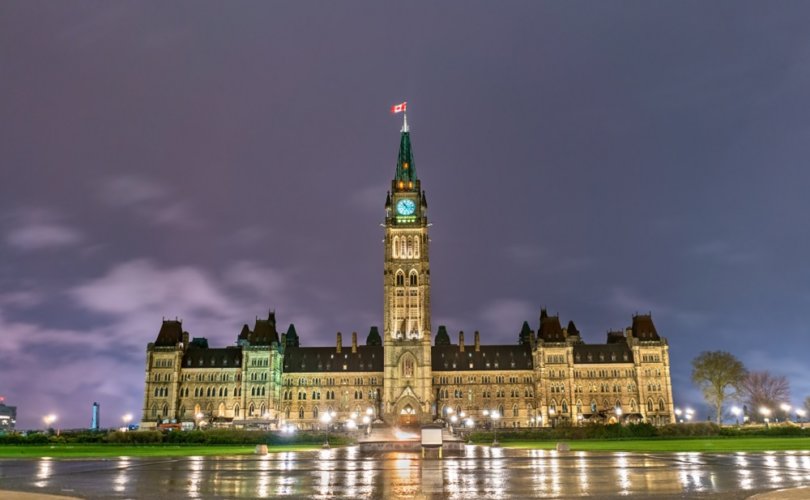 Known as the “conversion therapy ban,” Bill C-6 will make it a crime punishable by five years in jail to give minor Canadians help to overcome same-sex attraction or gender confusion or to remove a minor from Canada to seek such help.

“It’s time for us to stand up and speak up against this totalitarian legislation!” he wrote in an email to supporters.

The Stop The Ban rally will take place between 11:30 A.M. and 1:00 P.M. on Parliament Hill. Campaign Life has a permit for the event; “however, authorities are asking that those who join us follow local COVID guidelines,” Cooke said.

Conservative M.P.s Derek Sloan and Arnold Viersen are also expected to join the protest to receive the Campaign Life Coalition petition opposing the bill, signed by over 16,000 Canadians to date.

Sloan and Viersen voted against Bill C-6 at second reading, as did five of their Conservative colleagues: Bob Zimmer, Jeremy Patzer, Ted Falk, Tom Kmiec, and Damien Kurek. They were the only M.P.s to do so.

The bill is now being studied by the House of Commons Standing Committee on Justice and Human Rights, which heard from witnesses Tuesday, including Edmonton’s LGBTQ activist Dr. Kris Wells, who has been lobbying for so-called “conversion therapy bans” at the municipal level.

Campaign Life and other pro-family groups, such as Parents As First Educators and REAL Women of Canada, have been warning of the far-reaching consequences if Bill C-6 becomes law.

“Books, videos, web sites, TV programs, and perhaps the Bible itself will be censored and banned for espousing the traditional view of sexuality and gender.”

Christian psychotherapist Gillies warned in February that the bill is “totally totalitarian” and that its “ultimate goal … is to silence the Christian church in Canada. It is to silence us from talking.”

Tabled by justice minister David Lametti and identical to Bill C-8, which died when Trudeau prorogued Parliament in the summer, Bill C-6 adds five new offenses to the Criminal Code.

Bill C-6 defines “conversion therapy” as any “practice, treatment or service designed to change a person’s sexual orientation to heterosexual or gender identity to cisgender, or to repress or reduce non-heterosexual attraction or sexual behaviour.”

The bill adds: “For greater certainty, this definition does not include a practice, treatment or service that relates to a person’s gender transition; or to a person’s exploration of their identity or to its development.

It also inserts “advertisement for conversion therapy” in Section 164 of the Criminal Code, which deals with the making and dissemination of child pornography, obscene material, voyeuristic recordings, and intimate images.

In its battle to counteract the LGBTQ and media narrative that so-called “conversion therapy” is harmful, Campaign Life Coalition has launched the website www.stoptheban.ca.

“Stoptheban.ca debunks the myth that so-called conversion therapy is ‘degrading’ and a form of ‘torture,’ as leftists (and even some Conservative M.P.s) like to claim,” Jeff Gunnarson, national president of Campaign Life, wrote in October.

Campaign Life and LifeSiteNews have also coproduced a series of video testimonies from Canadians who have struggled with unwanted same-sex attraction or gender confusion and who are pleading with the federal government to nix Bill C-6.

These individuals “testify that spiritual guidance or clinical therapy saved them from despair, depression, and even suicide,” Gunnarson wrote.

Alexander, who is speaking at the rally, is among those who benefited from the very counseling and support Bill C-6 will criminalize.

“Now that Bill C-6 is before the House of Commons Justice Committee — and it is only weeks or days away from a final vote in Parliament — we want to ramp up our counter-attack,” Cooke said in his email.

“I realize that Ottawa can be a mighty cold place in December, and that we could encounter some LGBT opposition, but I think it is important that we make every effort to take this stand for faith and freedom,” he added.

“If Bill C-6 passes, we may not get another chance.”

For more information on the Stop the Ban Rally go here. To sign the Campaign Life petition, go here.