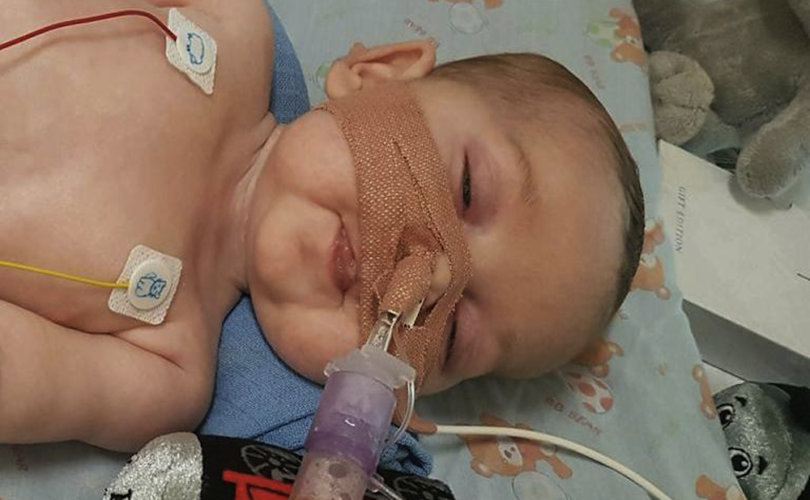 LONDON, England, July 27, 2017 (LifeSiteNews) – Charlie Gard's last hours will be spent in a hospice, not at his parents' home, a judge decided today.

For months, Great Ormond Street Hospital (GOSH) argued in court that its staff, rather than Charlie's parents, be allowed to decide his fate. Charlie, who is 11 months old, has a rare mitochondrial disease and is breathing with the help of a ventilator.

After Charlie's parents, Chris Gard and Connie Yates, eventually ended their legal battle to save their son's life because the hospital didn't treat him soon enough, the hospital refused to allow them to take Charlie home to die.

The court gave Chris and Connie until 12:00 p.m. on July 27 to set up their home to the hospital's liking. This was difficult to do given the need for various medical equipment and the hospital's insistence that it was against Charlie's interests to go home.

The ruling of Mr. Justice Francis today indicates that Charlie will be sent to a hospice to have his life support removed. His order doesn't specify how soon Charlie will go into the hospice or which hospice it will be, noting these details are set out in a “Confidential Annexe” to the order.

Chris and Connie have expressed their desire to spend more time with Charlie. The hospital wants his breathing tube removed within hours of hospice entry.

Charlie was baptized and his parents “trust that soon” he “will be in the hands of his loving God and savior,” a Presbyterian minister working with them said.