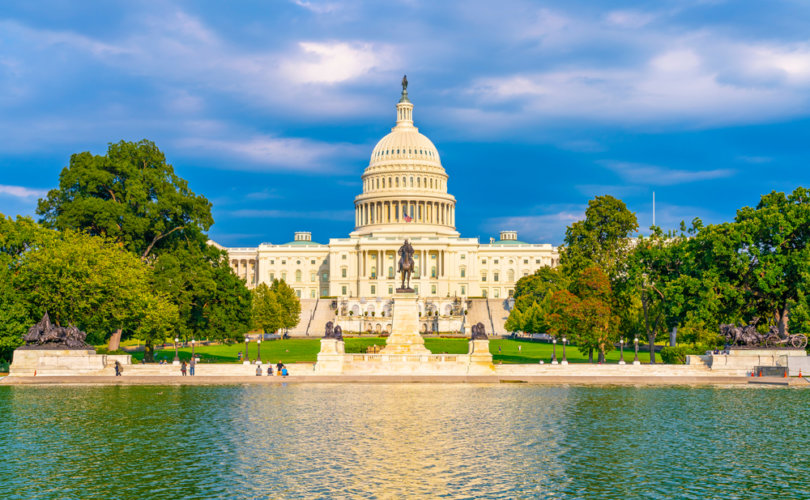 WASHINGTON (LifeSiteNews) — Some leading Democrats want to see the Archivist of the United States David Ferriero insert the Equal Rights Amendment (ERA) into the Federal Register as a ratified Amendment to the Constitution.

The Archivist of the United States is the one that certifies Constitutional amendments. Pro-abortion organizations like the National Organization for Women and Planned Parenthood are strongly supportive of getting the ERA ratified.

This comes after decades of failed attempts to get the required three-fourths majority of states needed to ratify the pro-abortion amendment to the Constitution.

“It isn’t, of course. However, these Democrats insist that a unilateral decision from Ferriero declaring it ratified would mean it is ratified … at least until some courts say otherwise,” Turley wrote.

Democratic leaders, the civil libertarian professor warned, want the president “to support this dubious move toward amendments by archival acclamation.”

“The reason is that Democrats have good reason to doubt whether an ERA would be ratified today,” Turley wrote in The Hill.

The Democrats need a workaround because past attempts at ratification after the established deadline of 1979 have failed.

“In 1981, a federal district court ruled in Idaho v. Freeman that Congress could not extend the ERA’s ratification deadline,” Turley wrote. “(The Supreme Court later stayed that order but then declared the matter moot.)” This came after President Jimmy Carter unilaterally extended the 1979 deadline to 1982.

Archivist Ferriero deferred in January 2020 to President Donald Trump’s Office of Legal Counsel (OLC) for his opinion on the ERA, after Virginia passed a resolution in support in 2020.

“We conclude that Congress had the constitutional authority to impose a deadline on the ratification of the ERA and, because that deadline has expired, the ERA Resolution is no longer pending before the States,” Assistant Attorney General Steven Engel wrote in January 2020.

[T]he only constitutional path for amendment would be for two-thirds of both Houses (or a convention sought by two thirds of the state legislatures) to propose the amendment once more and restart the ratification process among the States, consistent with Article V of the Constitution.

A new opinion, issued in January 26, 2022, by President Biden’s OLC, essentially agreed with Engel, but said that the 2020 opinion “is not an obstacle either to Congress’s ability to act with respect to ratification of the ERA or to judicial consideration of the pertinent questions.”

The late-Justice Ruth Bader Ginsburg said in 2019 that she believed the ERA needed to restart the process. “I hope someday it will be put back in the political hopper, starting over again, collecting the necessary number of states to ratify it,” Ginsburg, an advocate for the amendment, said at a Georgetown Law School event.

The opinion did not break any new ground because OLC opinions are not binding in the first place, but they do offer guidance for the courts to consider.

A federal court is now considering Virginia v. Ferriero, a court case that argues the ERA can still be ratified without restarting the process — though it may need to be renamed, as Virginia pulled out of the legal challenge after Republican Gov. Glenn Youngkin took office in January.

1
Dr. Simone Gold says her ‘spirits are high’ as she endures solitary confinement for entering Capitol
2
Quebec Cardinal Marc Ouellet accused of sexual assault in class-action lawsuit
3
Bolivian man escapes after being buried alive in a coffin as a sacrifice to the Pachamama
4
Chicago community stands with Institute of Christ the King over Latin Mass crackdown
5
Episcopal Church endorses sex changes for children ‘at all ages’
Subscribe to Daily Headlines »