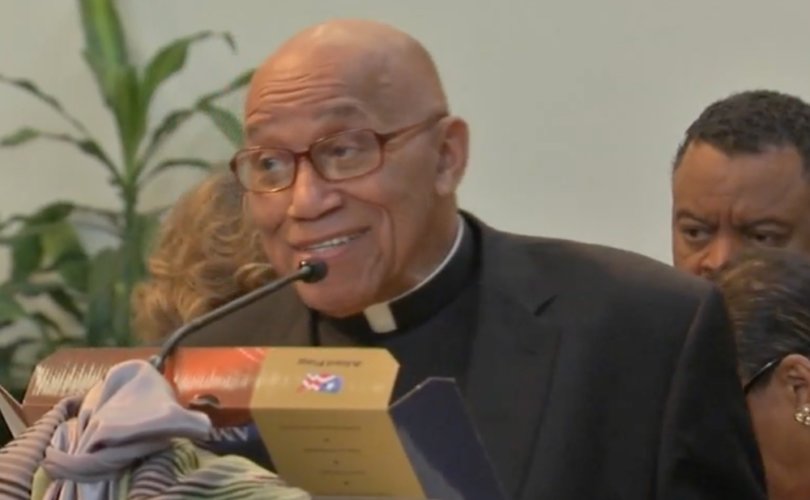 CHICAGO (LifeSiteNews) — The Chicago Archdiocese has paid an $800,000 settlement over five cases of sexual abuse, one of which involved a well-known priest who was charged with abusing a minor in the 1970s.

Fr. George Clements died in 2019, aged 87, after serving as pastor of Holy Angels Parish from 1969 to 1991. At the time of his installation, he became the second black Catholic pastor in Chicago and was heavily involved in the civil rights movement.  The 1987 movie The Father Clements Story dramatized the priest’s adoption of four teenage boys in 1980.

A now 54-year-old man, represented by attorney Mitchell Garabedian, brought charges against Clements, alleging that he had been sexually abused by him for five years, beginning when he was seven years old, approximately from 1974-1979.

The settlement also named Father Daniel Holihan, Father Joseph Fitzharris, Father Michael Weston, and Brother Edward Courtney. According to ABC7 Eyewitness News, “all are either deceased or no longer in active ministry.”

On Tuesday of this week, at a press conference held in front of the Chicago Archdiocese, Cardinal Blase Cupich was asked to list Clements publicly among clergy with substantiated allegations of sexual abuse against a minor.

Robert Hoatson, a Road to Recovery co-founder, declared: “Fitzharris is there. Holihan is there. Weston is there. Why not Clements?”

“This happened in February, this settlement,” Garabedian said.

“[Cupich has] had all this time to place his name on the website. The time for hiding and secrecy is over. It’s time to be transparent so the victims, the survivors, can try to heal.”