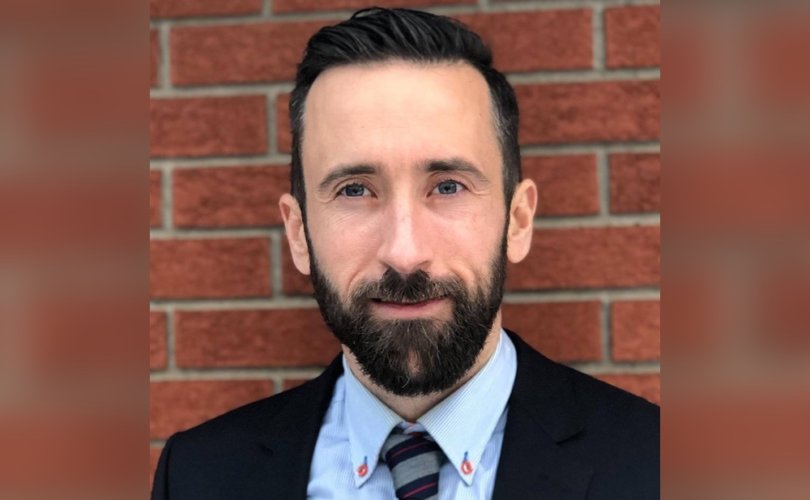 BELLEVILLE, Ontario (LifeSiteNews) —A prominent Canadian politician has underscored the importance of reclaiming his country’s Christian identity while describing plans for his federal pro-life party.

Sloan said that he had called his new party the “True North Party of Canada” because he liked the symbol of the compass pointing to the North Pole.

“It’s not about an ideology one way or another; it’s about Canada,” he added.

In his presentation, Sloan emphasized the importance of “Christendom” and Canada’s identity as a “Christian nation.” The politician said that the only way that his party could remain in the right direction was to “recognize the founding values of Canada.”

Those founding values, which can be appreciated even by non-Christians, are Christian in origin, he said.

“We have to understand that the very framework, the very fabric, of our country is in fact predicated on Christian values,” Sloan said in his Wednesday address.

“I know many people who don’t call themselves Christians but understand the positive effect that Christendom … has had in Western nations.”

“There’s so many things in our society that are predicated on a Chrisitan understanding.”

Sloan believes that western cultures have hitherto been as civil as they are because they have Christianity in their “very DNA.” While upholding the values of religious tolerance and freedom, he insists that the underlying values and structures of Canada must be recognized as Christian. Ignoring this or trying to eradicate it has led only to “radical ideologies” taking over.

“We need to recognize as a country… an ideological understanding of where we come from,” stated Sloan. “If you try to rip [Christianity] out, which it is impossible to do, you create a vacuum that is filled with other ideologies.”

“We’re seeing the effect of that in our society right now, we’re seeing the rise of all kinds of radical ideologies, whether it is identity politics or gender ideology, these are new ideas and philosophies that are trying to supplant our Western Christendom approach,” he added.

Sloan told his online audience that the impetus for moral progress around the world has always been Christianity, and historical examples in Scandanavia and Western Europe prove that.

“All the policies that we sort of view as positive today with respect to rules with warfare, and promoting education, and helping the poor, and providing equal opportunities…. All of these things increased with the adoption of Christianity in Europe” he said.

“And I believe that these things, along with many other reasons, are the bedrock of why we are what we are,” he continued.

“You can’t explain what Canada is without understanding our Christian past.”

Continuing to emphasize the relevance of Christian values in the Canada, Sloan brought up the topic of abortion. In Canada, one in five pregnancies end in abortion, and there are currently no laws limiting the age at which the unborn child can be killed. Sloan believes this is wrong and that Canadian political parties should be strongly pro-life

“I think it’s entirely possible, and in fact the right thing, for a Canadian party to be explicitly and officially pro-life,” he said. “It’s a must that a party have a definitive stand on this issue.”

“And unfortunately, so much of what goes on in Canada… so many issues just don’t get debated and decided in parliament,” he added.

Sloan, who has a consistent voting record as a pro-life, pro-family, and pro-Christian MP, announced that Elections Canada should approve his True North Party of Canada in the coming weeks, at which point more plans for local efforts and engagement with constituents will be announced.

In July 2021, Sloan announced his plans to start the new political party. He had been  ousted from the Conservative Party of Canada (CPC) in January 2021 for receiving a $131 donation from an alleged “white supremacist” who donated under a fake name. Afterwards Sloan described himself as a “sacrificial lamb,” a social conservative thrown to Canada’s left-wing media wolves in the widespread upset following the USA’s January 6 Capitol rally. In 2020 Sloan had been social conservatives’ choice to lead the CPC. As an MP, he gave a platform to medical experts who warned against the experimental COVID-19 inoculations.