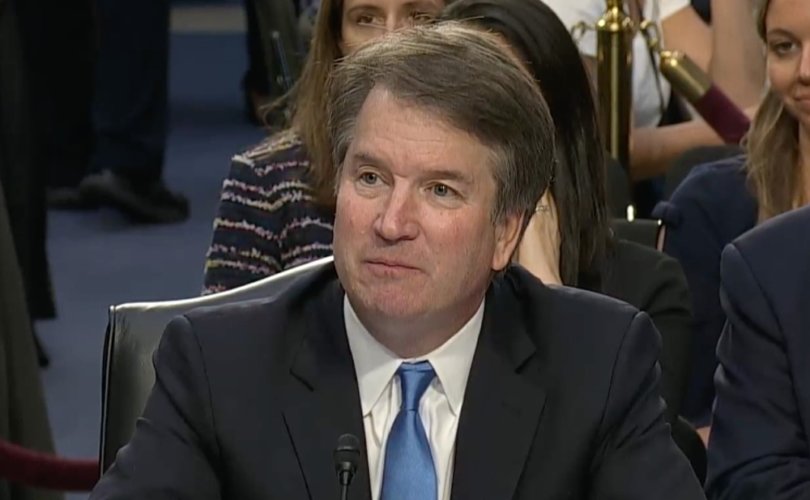 WASHINGTON, D.C., April 20, 2020 (LifeSiteNews) – The Supreme Court issued a ruling Monday concerning the rights of criminal defendants at trial, during which President Trump’s second nominee to the nation’s highest court, Justice Brett Kavanaugh, set out his opinion about throwing out “erroneous precedents.” His opinion, which mentioned Roe v. Wade, may be useful in attempting to predict how he would rule on abortion.

The case, Ramos v. Louisiana, concerned whether the Sixth Amendment to the US Constitution requires jury convictions for serious offenses to be unanimous. The court ruled 6-3 that it does, overturning a 1972 precedent and voiding dozens of split verdicts.

In his concurring opinion, Kavanaugh elaborated on his thought process for when longstanding precedent should be left alone or overturned, using abortion precedent as his example.

“In [Planned Parenthood v.] Casey, the Court reaffirmed what it described as the 'central holding' of Roe v. Wade,” while at the same time “expressly reject[ing] Roe’s trimester framework,” he wrote. This, he argued, shows that the doctrine of stare decisis, or deference to precedent, “is not an ‘inexorable command.’”

At the same time, Kavanaugh maintained that a “belief that the precedent was wrongly decided” is not enough to justify overturning it.

Instead, he argued, justices should make that decision based on criteria such as whether a precedent is “not just wrong, but grievously or egregiously wrong”;  whether it “caused significant negative jurisprudential or real-world consequences” for both the legal system and the citizenry; and whether overturning it would “unduly upset” people’s reliance on it.

The discussion does little to clarify how Kavanaugh would vote if the court ever revisits the merits of Roe and Casey during his term, or to reassure pro-lifers alarmed by the significant respect Kavanaugh gave Roe’s status as “precedent” during his confirmation hearings.

Nor have those questions been resolved by Kavanaugh’s performance on abortion-related disputes so far.

In late 2018, he did not vote to hear an appeal from states fighting for their right to deny Medicaid funds to abortion entities. A few months later, he voted with the court’s conservatives to allow a Louisiana law requiring health and safety standards for abortion facilities to take effect, although his opinion rested largely on technical grounds while implicitly conceding the legitimacy of the so-called “undue burden” standard for abortion regulations.

Pro-lifers may get their answer sooner rather than later, as the Supreme Court is expected to eventually take up a legal challenge to the emergency orders of Texas and other states, who have included elective abortions among the procedures to be suspended during the COVID-19 crisis.