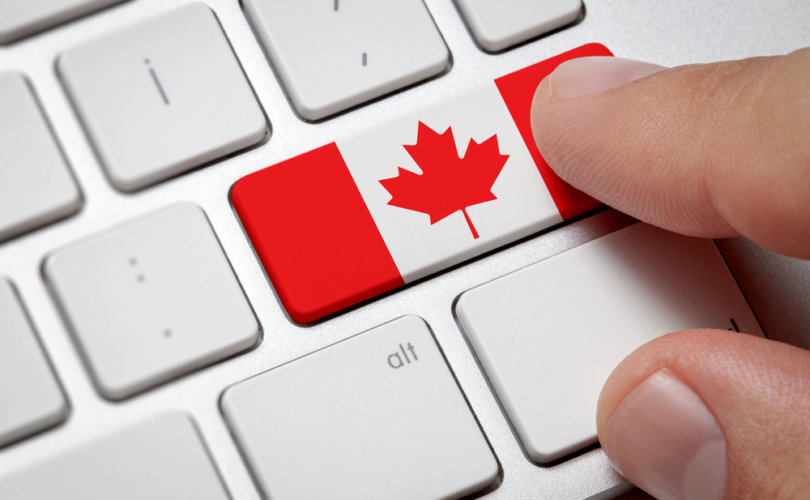 OTTAWA, Ontario (LifeSiteNews) — A new Canadian “expert advisory group on online safety” tasked with giving the government an opinion on how to regulate the internet via new legislation has among its ranks a known hoax spreader.

According to a Blacklock’s Reporter article about the online “safety panel,” Bernie Farber, who is chair of the Canadian Anti-Hate Network (CAN) and whose career has focused on human rights and anti-racism, is listed as being a member.

Farber in February made media headlines for falsely posting a photo on Twitter of an anti-Semitic flyer that he claimed was found “in plain sight” during Ottawa’s Freedom Convoy.

The flyer was proven to be not connected at all to the trucker Freedom Convoy after journalist Jonathan Kay noted in a February 6 tweet that he found an identical flyer photo posted by someone in Florida the month before.

The original tweet by Farber has since been deleted.

The group CAN has been known to work with the leftist Southern Poverty Law Center in the U.S., and also got money from the Canadian government in 2020 as part of an “inclusion” grant.

Farber himself has said that the system leans “so favourably towards ensuring the rights of white supremacists” and that “Canadians want harms legislation.”

Canada’s Heritage Minister Pablo Rodriguez announced this past Wednesday that he has appointed a 12-member “expert advisory group on online safety” panel who will be tasked with giving the government advice on how to regulate the internet via new legislation.

According to Blacklock’s Reporter, Rodriguez said he is open to “all ideas “with the help of the panel, which will be staffed with professors from major Canadian Universities.

Rodriguez bizarrely claimed that his bill will in some ways “really help freedom of speech.” He also said his “expert” panel must hold all their meetings “in the next two months.”

“We will take that information, work on a bill and table it as soon as possible,” said Rodriguez.

Rodriguez’s new “expert” panel comes amidst the controversy surrounding Bill C-11,  An Act to Amend the Broadcasting Act and to Make Related and Consequential Amendments to other Acts, which Rodriguez introduced in February.

It is not yet clear how a new internet regulation bill will compare to or complement Bill C-11, but a previous bill could give some insight into what is to come. The Trudeau Liberals’ first try at censoring the internet failed to pass the Senate in the summer of 2021.

Despite Canada’s House of Commons passing the controversial internet regulation Bill C-10 on June 22 of that year, the bill which drew fire for its targeting of user-generated content on social media platforms failed to pass the Senate.

The Department of Canadian Heritage said in a February 3 report that censoring legal online content does not have much support: “Many cautioned against opening up categories of harmful content to speech that, though harmful, would nevertheless be lawful.”