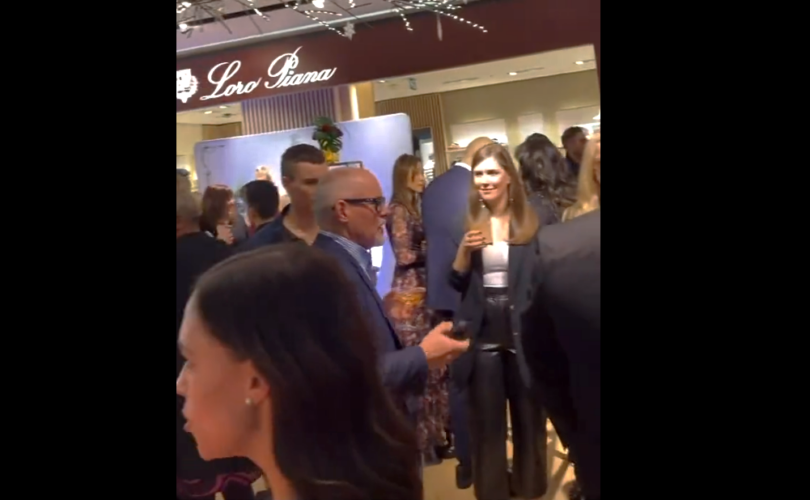 TORONTO (LifeSiteNews) — Only days after telling Ontarians they should wear masks again, the province’s Chief Medical Officer of Health Dr. Kieran Moore was called out for “hypocrisy” after being filmed maskless at a packed party.

Video quickly emerged on social media showing Moore mingling maskless at the event, which led to an immediate backlash online.

“Mask as I say, not as I do — Dr. Kieran Moore strongly recommends you wear masks 2 prevent children’s hospitals being overwhelmed but it does not apply to himself or dozens of above-rules friends at TorontoLife 50 Most Influential party. Pure hypocrisy like time he vacationed in DR,” tweeted Toronto Sun columnist Joe Warmington.

Former Conservative Party MP Derek Sloan said Moore is a “puppet” who does not even believe his own “advice.”

“Dr. Kieran Moore lectures Ontarians about wearing masks and proceeds to do the opposite. He’s just a puppet for big pharma — clearly, he doesn’t believe in his own advice,” Sloan tweeted.

Former Sun writer Anthony Furey, who now serves as vice president of editorial and content at True North, noted that politicians being caught not following their own rules has become a “common occurrence after more than two years of dealing with heavy-handed government rules and edicts.”

Furey noted that Moore “never believed in his ‘strong recommendation’ for masking and was only trying to appease the ‘fringe minority’ of Covid zealots.”

It was a week ago today that Moore said he now recommends people go back to wearing masks, and even said parents should wear one around their kids if they are sick.

After Moore’s maskless partygoing went viral, the Ontario Ministry of Health tried to downplay the incident, saying in a statement to media that Moore “evaluates the risk of each situation, including private events.”

“He follows many layers of protection including screening daily for symptoms of any respiratory infection, practicing good hand hygiene, staying up to date on immunizations, masking when necessary and distancing when possible,” the health office said.

The same statement also noted that despite Moore deciding not to wear a mask at events he “continues to encourage everyone to use their best judgment on when it’s appropriate to wear a mask.”

Ontario Premier Doug Ford, who has decided for now at least to not reintroduce a province-wide masking mandate, said about Moore’s maskless partygoing that masking is “a personal choice.”

Ford’s comments echo those of the Ontario minister of health, who last week rebuked calls for a province-wide mask mandate, saying instead that masking is a “personal choice.”

“Both the flu vaccine and the COVID shots are proven ineffective, yet the recommendation to get them continues. And this season, you’re expected to get both,” Mercola said.