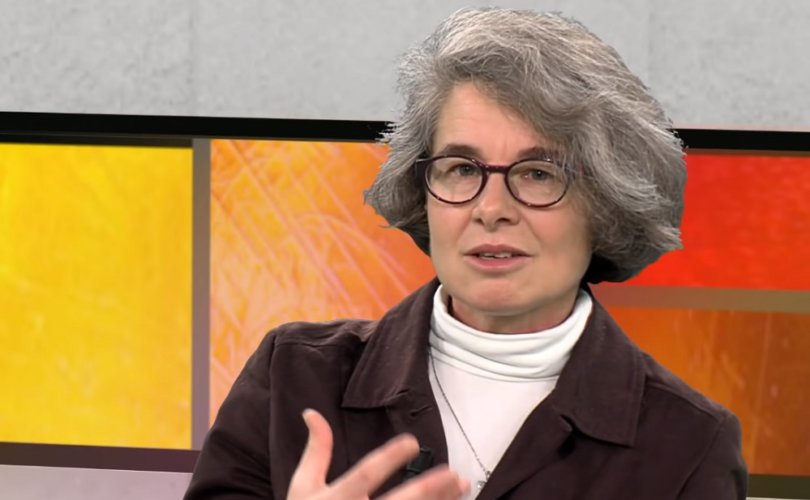 VATICAN CITY, February 8, 2021 (LifeSiteNews) — In a historically novel move, Pope Francis has appointed a French religious sister to the position of under-secretary of the Synod of Bishops. The position, until now only ever held by ordained men, will give the new appointee the right to vote at upcoming synods, the first time a woman will have the power to do so.

In an interview following the announcement of Sister Nathalie Becquart and Father Luis Marín as under-secretaries to the Synod of Bishops, general secretary of the Synod Cardinal Mario Grech told Vatican News that “during the last Synods, numerous synodal fathers emphasized the need that the entire Church reflect on the place and role of women within the Church.”

“Even Pope Francis highlighted several times the importance that women be more involved in the processes of discernment and decision making in the Church,” he said.

Grech noted that “[a]lready in the last synods, the number of women participating as experts or auditors increased. With the appointment of Sr Nathalie Becquart, and the possibility that she will participate with the right to vote, a door has been open [sic]. We will then see what other steps could be taken in the future.”

Highlighting Francis’s desire to democratize the Church, Grech stated that he envisions himself and his two new under-secretaries, “and all of the staff of the Synod Secretariat, work out of the same spirit of collaboration and experience a new style of “synodal” leadership, a leadership of service that is less clerical and hierarchical, that allows participation and co-responsibility without at the same time abdicating the responsibilities entrusted to them.”

“So, we will try to follow Pope Francis’s example,” he added.

Asked if the appointment of Becquart, who is often pictured in everyday clothing and not wearing her religious habit, will force a change in the structure of the general secretariat of the Synod of Bishops, Grech responded: “Undoubtedly.”

LifeSiteNews columnist and prominent theologian Dr. Peter Kwasniewski told LifeSite that Becquart’s appointment constituted “one more sign of Francis capitulating to the modern feminist mentality, instead of challenging it.”

“Although everyone is praising this ‘advance for women in the Church,’ it is simply begging the question to assume that women’s dignity is best promoted by giving them the jobs traditionally held by men,” he said.

In her new position, Becquart will be tasked with preparing for the Vatican’s 2022 synod focusing on “synodality.”

In 2018, the International Theological Commission vaguely defined the “principle of synodality” as “the action of the Spirit in the communion of the Body of Christ and in the missionary journey of the People of God.”

During an interview with LifeSiteNews in 2018, after the closing of the “Youth Synod,” Cardinal Raymond Burke remarked that “synodality” has “become like a slogan, meant to suggest some kind of new church which is democratic and in which the authority of the Roman Pontiff is relativized and diminished — if not destroyed.”

Burke continued, raising concern that some people, “not understanding the notion of a synod correctly[,] could think, for instance, that the Catholic Church has now become some kind of democratic body with some kind of new constitution.”

Canon 346 of the 1983 Code of Canon Law stipulates that formal membership of a Synod of Bishops be reserved to the clergy. This was reiterated in October 2018 by Cardinal Lorenzo Baldisseri, then secretary general of the Synod of Bishops, who issued an instruction on the conduct of synods at the behest of Pope Francis.

Despite the instruction that synod fathers be chosen from among the clergy, Becquart was still appointed to the prominent position. The “Youth Synod” of 2018 also broke with the canonical norm, seeing two religious brothers, not ordained, given voting rights in that synod.

Bishop Fabio Fabene, whom Becquart replaces as under-secretary of the Synod of Bishops, alongside Marín, suggested in 2018, on the back of non-ordained men receiving synodal voting rights, that “in the near future,” religious sisters might be given votes on the deliberation of synods.

The Pope’s appointment of a woman to the general secretariat for the Synod of Bishops comes just under a month after he released a new motu proprio in which he permits the liturgical institution of female lectors and acolytes.

Throughout history, the ministries of lector and acolyte have been part of the priestly formation process in seminaries. It is required that candidates for the priesthood receive the ministries of lector and acolyte before they are admitted to holy orders as a preparation for serving at the altar, according to Pope Paul VI’s motu proprio Ministeria Quaedam.

Speaking to LifeSiteNews at the time, Kwasniewski noted that bringing women into liturgical and ecclesiastical roles of authority is in fact not an act of charity or justice, as it is sometimes claimed, but rather a sign that Pope Francis is “completely at the mercy of long-discredited liturgical ideologies that confuse egalitarianism with baptismal dignity and involvement in ministries with actual participation.”