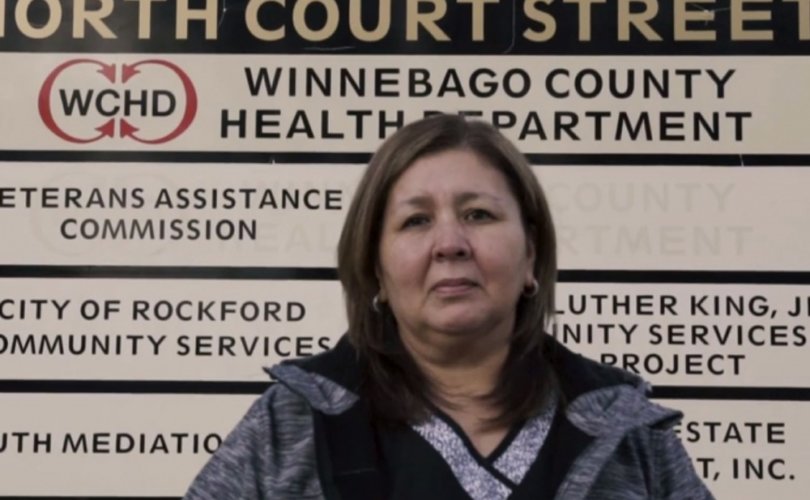 The 17th Judicial Circuit Court in Winnebago County, Illinois ruled in favor of Sandra Rojas last Thursday, determining that her 2015 firing from the Winnebago County Health Department over her refusal to provide abortion and contraceptive services due to her religious beliefs was unlawful.

The defendant on the case, Public Health Administrator for the Winnebago County Health Department Dr. Sandra Martell, told the court that she was unaware her duty to accommodate Rojas’ religious convictions involved keeping her in the “exact same position.”

The court determined that per the Illinois Health Care Right of Conscience Act, Rojas had a right to keep her position while having her “honestly held” pro-life beliefs accommodated, and that Martell’s decision to dismiss Rojas fell below her required duty as defined by state law.

Rojas worked as a pediatric nurse for the department for 18 years prior to the 2015 installation of a new job requirement that compelled nurses to refer women to abortion facilities, help women obtain abortion-inducing drugs, and aid them in accessing contraceptives.

Rojas, whose Catholic beliefs prevent her from cooperating with abortion and contraception under the pain of grave sin, was represented by lead counsel Noel Sterett, along with co-counsel attorneys from Alliance Defending Freedom (ADF), a Christian non-profit dedicated to protecting religious freedom and the sanctity of life.

“Medical professionals should never be forced to engage in or promote activities that violate their beliefs or convictions,” said ADF Legal Counsel Elissa Graves. “Sandra found her calling serving as a pediatric nurse, helping children overcome health obstacles and lead fulfilling lives. She chose to practice medicine according to her conscience and religion—a right for medical providers that is protected under Illinois and federal law—yet the Winnebago County health department wrongfully forced her out of a job when she declined to participate in abortion-related services. The court’s ruling protects Sandra’s freedom to practice medicine and care for her young patients in a manner consistent with her conscience and religious beliefs.”

“No American should be forced to refer for abortions or assist patients in accessing abortifacients – least of all medical workers who entered the profession to follow their faith and save lives, not take them,” stated lead counsel Sterett. “The court’s decision is a win for all health care professionals throughout Illinois. Healthcare professionals should not be required to violate their conscience to keep their jobs.”

Rojas’ court victory was one of two major pieces of good news for pro-life Americans last week. A Friday report showed that the Texas Heartbeat Act, which criminalizes abortion once a baby’s heartbeat is detectable (usually around six weeks gestation), cut the number of abortions in the Lone Star State in half since going into effect on September 1. The law allows citizens to sue abortionists or abortion facilities for killing babies.

The report, conducted by the Texas Policy Evaluation Project (TPEP) at the University of Texas, in Austin, compared the number of abortions that occurred in September last year to the same month this year.

In September 2020, abortion facilities in the state of Texas committed 4,313 abortions, while in September of this year, there were 2,164 pre-born child killings, a decrease of 49.8 percent.

Despite the massive reduction in state sanctioned infanticide, self-professed Catholic president Joe Biden and his administration professed their anger with the new law that saves the lives of children, leading them to petition the Supreme Court to grant an appeal hearing.

On October 22 the Supreme Court agreed to hear the case on an expedited timeframe, with arguments already being heard by the court as of this Monday.

“Thousands of tiny Texans are being spared from the violence of death by abortion because of the way the Texas Heartbeat Act is enforced,” wrote Texas Right to Life senior legislative associate Rebecca Parma. “No wonder those who promote abortion are so up in arms over its ingenuity.”