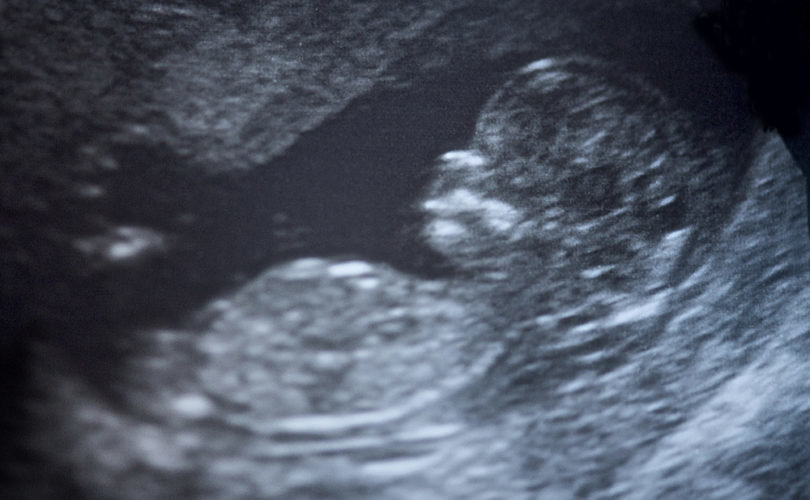 August 10, 2015 (LifeSiteNews) — Taxpayer dollars have been helping to fund purchases of aborted children's remains through two federal agencies over the last seven years, to the tune of at least three hundred thousand dollars.

It's not known whether Advanced Bioscience Resources (ABR), identified as a fetal tissue supplier in the currently surfacing Planned Parenthood baby part bartering videos, has gotten any of the fetal tissue bargained for on camera by the nation's largest abortion provider. But according to a Politico report, since 2009, the National Institutes of Health (NIH) has paid ABR $257,000, and the Food and Drug Administration (FDA) paid the company about $73,000.

Specific breakdowns of how much of the NIH and FDA funds paid to ABR were for fetal tissue are not known, but in the case of the NIH, some of that tissue came from unborn children who were between 17 and 22 weeks of age.  This is key, given that 20-week abortion bans based on fetal pain have passed in several states.

Ordinarily, the NIH acquires fetal tissue via scientific partnerships with other research centers, but it does get some types of tissue from nonprofit vendors like ABR.

The revelation of Planned Parenthood harvesting fetal tissue and organs for profit has led to renewed calls for defunding and investigation of the abortion behemoth, and increased scrutiny of government involvement in “fetal tissue procurement.”

In one of the undercover videos, former medical director of Planned Parenthood Pacific Southwest Katharine Sheehan is shown referencing ABR.

“We have already a relationship with ABR,” she states. “We've been using them for over 10 years – a really long time. … They're doing the big collection for government-level collections.”

ABR is the main paid provider of fetal tissue to the federal government, the Politico report said.

The Obama administration has attempted to downplay the scandal exposed by the Planned Parenthood videos and vowed to oppose any congressional effort at defunding the abortion giant. Obama's Department of Health and Human Services has continued to show public support for fetal tissue research and insist that everything occurring in the process is above board.

“Voluntary donation of tissue for research has helped understand, treat and cure a number of conditions and diseases that affect millions of Americans, and it has enjoyed bipartisan support and the support of leading scientists and disease groups,” Health and Human Services spokesman Kevin Griffis said in a statement. “We make clear to all our grantees and researchers the legal obligations they are under and we know of no violations of laws in connection with the research done at our agencies.”

HHS Secretary Sylvia Mathews Burwell told Congress last week that her agency is making certain that its grantees, some of which she stated use fetal tissue, are abiding by the law.

The rules for funding research using fetal tissue have been in place for decades, remaining unchanged for more than 20 years and persisting through both Republican and Democrat presidential administrations.

President Ronald Reagan put a moratorium on funding some research using fetal tissue from abortions in 1988, despite the contrary recommendation of his own appointed panel. But the ban was reversed five years later by President Bill Clinton, and the reversal stayed in place under Presidents George W. Bush and Barack Obama.

In 1993, Congress placed some restrictions on fetal tissue research, including prohibiting financial benefit from donated tissue. Abortion providers, though, can be reimbursed for additional expenses, such as storing or transporting the tissue. Abortions must be performed based on what's best for the patient, not what's best for harvesting the tissue.

Planned Parenthood has also been caught on video admitting to targeting abortion techniques, including use of the federally prohibited partial-birth abortion procedure, for optimal organ and tissue harvesting, in violation of the 1993 NIH Revitalization Act, which contains federal legal directives involving the use of human fetal tissue.

“Federal law states that it is unlawful to receive or donate 'fetal tissue' for 'valuable consideration' and that an abortion procedure may not be in any way altered for the purpose of obtaining the desired organs or tissue,” said Jamie Dangers, legislative assistant in the Family Research Council's Government Affairs Department. “The recent Planned Parenthood exposé videos seem to show that behind closed doors, Planned Parenthood technicians are indeed changing abortion procedures and haggling for the best price for each 'specimen.'”

“The NIH has used taxpayer dollars to purchase aborted baby body parts from ABR, which appears to have bartered for it from Planned Parenthood,” Dangers told LifeSiteNews. “It's time for Congress to investigate the NIH to see if it too has broken the law.”

“Fetal tissue research has not produced great advances in medicines,” Children of God for Life Executive Director Deb Vinnedge told LifeSiteNews. “In fact, there is not one single use of aborted fetal tissue or cells that has not been accomplished using moral sources as well.”

“I am so tired of people pointing out all the 'wonderful' medical advances, medicines, and vaccines, when in reality, it can and should be done morally,” Vinnedge continued. “Why use aborted fetal tissue at all when it's completely unnecessary to do so? Zero reason, except money!”

The scandal, pro-life advocates say, has also brought to the forefront the immorality of exploiting human beings for experimentation, and of abortion.

“As someone who testified before the NIH panel regarding the 1993 Revitalization Act and the involvement of the federal government in fetal tissue/fetal cell research and experimentation,” American Life League President Judie Brown told LifeSiteNews, “I was and still am disturbed that our government is paying an outside middle man to provide them with 'materials' harvested from the bodies of babies killed by abortion or in the laboratories of in vitro fertilization practitioners.”

“It is abhorrent to me,” Brown continued. “Medical advances aside, the truth is that one must never do evil even if good might come from it. No matter what you call it or what man-made laws say, every abortion is an act of direct killing.”