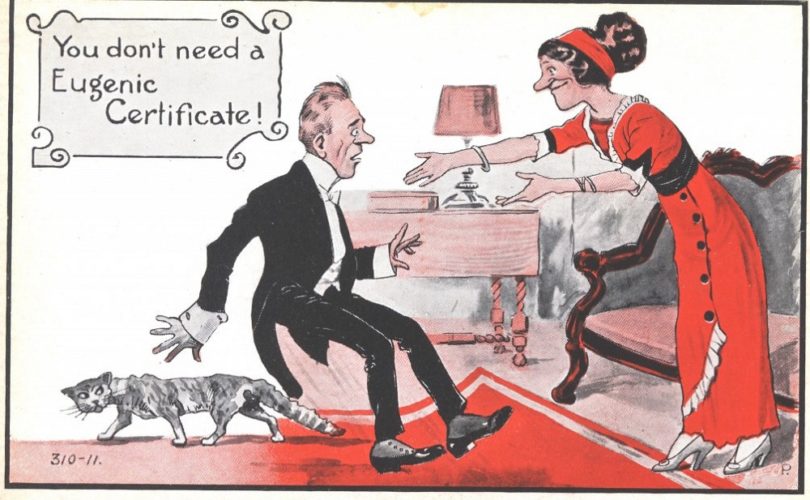 The bipartisan Treatment of Certain Payments in Eugenics Compensation Act passed the Senate unanimously. Its effect is to allow the victims of eugenic sterilization not only to be compensated for government victimization, but also to receive any federal assistance they may be eligible for.

In a press release, Sen. Thom Tillis explained that without the legislation, many eugenics victims who receive compensation as victims could have their federal benefits, such as Medicaid, Supplemental Nutritional Assistance Program, Supplemental Security Income, and Social Security disability payments, reduced or eliminated.

Senator Tillis stated, “It is my hope this will further increase the public's awareness of the horrors and injustices of state-run eugenics and sterilization programs.”

“The Senate took a step forward to ensure that Americans targeted by state eugenics programs during a dark period of American history will receive compensation for the misdeeds of the state and federal government,” Senator Burr told LifeSiteNews in an email, also included in the Tillis press release.

“The victims of these eugenics and sterilization programs were often subjected to procedures without their knowledge or consent,” Burr continued. “This bipartisan legislation will provide assistance to those who suffered as a result of horrific decisions made by our government.”

“People who've been subjected to horrifying sterilization practices as a result of misguided eugenics programs have already had to live with unfathomable loss and hardship,” said Senator Tom Carper.

“Largely unnoticed, forced sterilizations and state-run eugenics programs represent one of the darkest episodes of human rights violations and injustices of our country's past,” said Senator Kaine.

In 2002, then-Governor Warner formally apologized for Virginia forcibly sterilizing nearly 7,500 people between 1924 and 1979.  His apology coincided with the 75th anniversary of Buck v. Bell, which upheld Virginia's eugenics sterilization law.

In its 1927 Buck v. Bell decision, written by Oliver Wendell Holmes, Jr., the Supreme Court ruled that compulsory sterilization of the “unfit” was allowable under the Constitution, enabling American states to sterilize citizens without their consent and sometimes even without their knowledge.

Justice Holmes argued for the court, along with Chief Justice William Howard Taft, that the interest of the states in a “pure” gene pool outweighed the interest of individuals in their bodily integrity. He characterized the “unfit” as “already sap[ping] the strength of the State” and said the ruling was necessary “to prevent our being swamped with incompetence.”

“It is better for all the world, if instead of waiting to execute degenerate offspring for crime, or to let them starve for their imbecility, society can prevent those who are manifestly unfit from continuing their kind,” the Supreme Court ruled. “The principle that sustains compulsory vaccination is broad enough to cover cutting the Fallopian tubes.”

In 2014, North Carolina began compensating 200 victims of state eugenics programs with payment approximating $20,000. A second compensation payment of about $15,000 was sent this year. Virginia will award $25,000 to victims as well.

Planned Parenthood founder Margaret Sanger was a staunch supporter and promoter of eugenics. She argued that eugenics “is nothing more or less than the facilitation of the process of weeding out the unfit, of preventing the birth of defectives or of those who will become defective.”

Sanger believed that in order to improve the race, fewer people (only the “fit”) should reproduce. She championed the eugenics movement, which identified the “unfit” based on class and/or race, and also called for the sterilization of the mentally ill.

Indeed, the popular slogan of the eugenics movement was “quality, not quantity.” The movement had the support of Presidents Woodrow Wilson, Herbert Hoover, Calvin Coolidge, and Theodore Roosevelt, along with prestigious university officials at Harvard, Brown, Columbia, and Cornell, plus others throughout the country.

Harry Laughlin of the Eugenics Record Office, a close associate of Sanger, wrote the Model Eugenical Sterilization Law and printed it in 1914. In 1933, it was to serve as a model for the racial cleansing laws of Nazi Germany.