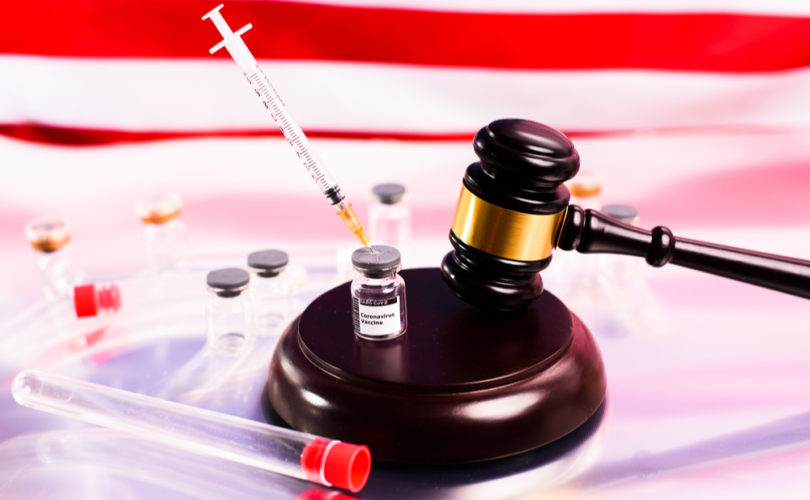 July 1, 2021 (No Jab for Me) – Editor’s note: The following is Part 3 of a short series of articles, drawn from the research on all things related to COVID-19, by Paul Adams. Part 1 dealing with the experimental vaccines, can be found here, and Part 2 on death rates and PCR tests, here.

Let’s be very clear: To not inform a person of salient material facts pertaining to a vaccination with the malicious intent to harm or with a complete disregard to a person’s health (as was demonstrated in WW2 by the Nazi doctors experimenting on prisoners) constitutes a crime against humanity. The New England Journal of Medicine underscores that principle.

There are currently lawsuits in the works, naming Dr. Anthony Fauci as defendant, amongst others. Here is a partial list :

See details of further lawsuits across the world here: In the USA; in Canada; in Europe; in South America.

And we’re just getting warmed up. If Israeli citizens have brought their government to the International Criminal Court for Crimes Against Humanity, alleging they are being coerced into taking an inadequately tested, experimental COVID injection by Pfizer, in contravention of the Nürnberg Code, then the citizens of any state (West Virginia comes to mind where young people are bribed with $100 to take the jab) have that same right and obligation. Certainly the university administrators mandating COVID vaccinations of 2.4 million students qualify for Nürnberg trials.

Certainly, California Governor Gavin Newsom qualifies, for bribing people with lotteries to get them vaccinated.

According to the latest disclosures, as at June 6, 2021, of Fauci’s emails, it is very clear that not only crimes of terrorism have been committed, but also crimes against humanity. The Fauci/COVID-19 file published by Dr. David E. Martin is in the public domain.

To think that kids as young as 12 are being bused to vaccine sites in Texas is enough to start a revolt. What do children know about informed consent? Where are the Sheriffs when you need them? Blind as bats, peace officers are giving medical fascism a free pass.

Attorney Thomas Renz – whose mentor is the Nuremburg prosecutor and celebrated international lawyer and scholar, Henry T. King, Jr. – devised this sample consent form as a template for using when getting an experimental vaccine.

3. HCQ approved and then banned

Therapeutics and prophylactics for coronaviruses, like Hydroxychloroquine (HCQ), have been approved on the WHO, CDC and NIH websites.

But, suddenly in 2020 they were banned. Why? Because, according to FDA rules, only when there are no alternative therapeutics can untested vaccines be cleared for Emergency Use Authorization.

In 2020, the Canadian company, Apotex, was giving HCQ away. Even after the American Journal of Medicine approved the use of HCQ for Outpatients, HCQ was nowhere to be found in the US. Now, doctors are pleading that Ivermectin be used as a safe therapeutic. Here are the graphic results of use of HCQ in India.

Doctors in India and the UK are speaking out on the issue. Costa Rica already uses HCQ extensively, while Novartis donates it to Mexico. In India doctors are prescribing Ziverdo kits to treat COVID-19.

In the US, now, Budesonide, HCQ and Ivermectin can be prescribed through an online portal, courtesy of America’s Front Line Doctors.

4. Brave doctors are fighting back

In addition, the British Medical Journal has broken rank and is citing corruption and suppression of science. The World Doctors Alliance has joined the resistance, while in Australia, the Covid Medical Network represents senior medical professionals going up against the establishment

Meanwhile, the former Pfizer Vice President and scientific researcher, Dr. Michael Yeadon has voiced his disgust with the medical community at large for their role in the current cover up of suitable treatments for COVID-19.

Fauci and the CDC have flip-flopped on masks, contaminated surfaces, asymptomatic spread, testing, and have only recently acknowledged that herd immunity is achieved when antibodies are spread by those who beat the disease (the 99.9%), but still recommend social distancing, only now from 6 feet to 3 feet, resulting in this lockdown map; while the UK is now promoting a 3rd jab and annual booster shots for those over 50.

Yet again, in a furtive attempt to induce fear, on May 7, 2021, the CDC revised its criteria of how this airborne virus is transmitted. The latest travel guidelines prescribe testing before and after travel for the unvaccinated, and for the inbound vaccinated travellers.
Speaking of herd immunity, the WHO changed its June 7, 2020 definition from:

“Herd immunity is the indirect protection from an infectious disease that happens when a population is immune either through vaccination or immunity developed through previous infection” to:

“Herd immunity’, also known as ‘population immunity’, is a concept used for vaccination, in which a population can be protected from a certain virus if a threshold of vaccination is reached. Herd immunity is achieved by protecting people from a virus, not by exposing them to it” on Nov. 13, 2020.

But, it again reversed its position in December 2020, with this inane statement: “Vaccines train our immune systems to create proteins that fight disease, known as ‘antibodies’, just as would happen when we are exposed to a disease, but – crucially – vaccines work without making us sick. Vaccinated people are protected from getting the disease in question and passing on the pathogen, breaking any chains of transmission.”

And, Dr. Death, Fauci, whose name will forever live in infamy, out of the blue conjured that 90% of Americans needed to be vaccinated for herd immunity to take hold.

And they keep moving the goal posts. Pfizer trials warned men to stay away from pregnant women… but now the CDC is pushing pregnant women to take an experimental biological agent without a second thought. Conscientious doctors do not allow vaccinated people in their offices in order to protect their female staff members. In Britain, 920 pregnant women lost their babies after getting “vaccinated.”

Not a word is uttered by the CDC that those who beat Covid have long term immunity.

Reprinted with permission from No Jab for Me