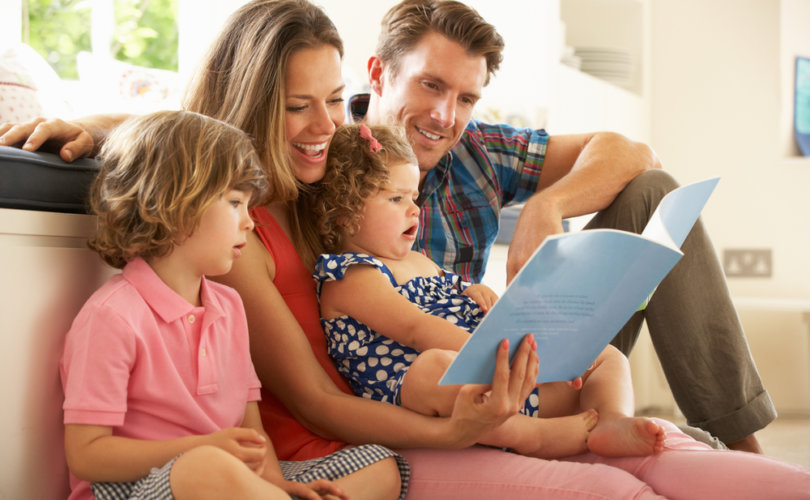 (LifeSiteNews) – Carli Pierson, an attorney and member of the USA TODAY editorial board, recently revealed in an op-ed essay that she’s “someone who occasionally goes to Mass.” Like many such intermittent Catholics, she feels empowered to criticize the Church for being out of touch with the realities of life today.

Speaking with the boundless spiritual confidence of someone who went to Catholic school and had two daughters baptized in the Faith, Carli offered the usual litany about sex abuse, rejection of women priests, refusal to recognize so-called “marriage” between same-sex couples, and other alleged institutional failings.

But of all her reasons why “the Catholic Church runs the risk of becoming obsolete” she focused on its “continued insistence on contradictory and outdated views on families.”

Carli was particularly offended by Pope Francis’ recent comment about how many people these days are opting to have pets instead of children. The Pope called such “denial of fatherhood or motherhood” an expression of selfishness that “diminishes us” and “takes away our humanity.”

Carli confessed to being someone whose “lips still tremble as I quietly recite the Lord’s Prayer in unison with other parishioners.” Nevertheless, she was firm in her criticism of the Pope’s preference for human offspring over animals.

“As a person who has both dogs and kids,” she wrote, “I fully endorse being a pet parent over a kid parent.” (One wonders how her two daughters feel about their mother’s preference.)

This Catholic attorney’s attitude is by no means rare. Increasingly today, people postpone having children, or forego it entirely.

Such choices frequently reflect a certain kind of fatalism or hopelessness. Those who resist having children usually express their reluctance as a desire to avoid subjecting their own flesh and blood to all the troubles and suffering of a world that’s tragically flawed.

Also, many people are influenced by arguments about overpopulation, ecological destruction, or global warming. They embrace the idea that we must reduce the number of people — we must “cull the herd,” if you will — in order to protect the environment.

This line of thinking originated with the statistical projections of Thomas Malthus, a 19th-Century Anglican cleric, who predicted that a growing populace would eventually bring starvation when the mass of people exceeded the food supply.

— Article continues below Petition —
PETITION: STOP Medical Discrimination at the Ronald McDonald House!
Show Petition Text
17019 have signed the petition.
Let's get to 17500!
Thank you for signing this petition!
Add your signature:
Show Petition Text

Malthus couldn’t have foreseen the “green revolution” that has increased agricultural output exponentially. Even so, the population debate is still influenced by his gloomy forecasts, mixed in with worries about mankind’s “carbon footprint.”

A recent Gospel reading was the story of Jesus at the wedding held in the Galilean town of Cana. The focus of that incident, of course, was Jesus’s turning water into wine, the first public miracle.

This was a miraculous deed on several counts. By the custom of the day, everyone in town would have been invited to the affair. Consequently, having abundant food and wine was essential. Not being adequately supplied would tarnish a family’s reputation.

Jesus’ act was a face-saving gesture of supreme importance — something that would certainly have given the bride and groom a memory to reflect on for their entire married life.

It probably also avoided what otherwise could have been their first argument. You can imagine an exchange like this: “Boy, is your family cheap! Just what have I married into?”

Less noted, however, is that Jesus’ attendance at the wedding, and the special role he played, demonstrate the importance he put on marriage. Clearly he endorsed this unique sacramental institution that involves a commitment between a man and a woman to build a new family.

Just as Jesus’ wedding miracle was the start of his effort to establish the Kingdom of God, marriage itself is an aspect of that Kingdom. It models the relationship that exists between Christ and his Church by securing a lifelong relationship between husband and wife, and it provides the bedrock of both Church and society by bringing forth children.

Children aren’t just a by-product of marriage, an option you choose or reject as you might decide whether or not to get a dog. Children are at the center of the whole thing. Children are indispensable.

Carli Pierson doesn’t seem able to grasp that. Perhaps she’s just too filled with resentments from her Catholic upbringing, or blinkered by certain ideological precepts. She even rejected the Pope’s advocacy of adoption, which Francis called, “among the highest forms of love.”

Her most intense disdain was directed at interracial or transnational adoptions, which she termed “white saviorism.”

Apparently obsessed with current notions such as “cultural appropriation” and “white supremacy,” she ascribed those adoptions to “the idea that white people can interfere in black, brown and indigenous people’s lives in order to ‘save them,’ when their help, or at least that type of help, may be unwanted or downright harmful.”

Contrast this assumption with the Pope’s plaintive question: “How many children in the world are waiting for someone to take care of them?”

It’s a sad fact of our time that a lot of folks are willing to trade away their ability to think for a fleeting opportunity to display “wokeness” by parroting trendy political clichés.

But then, maybe Carli’s onto something in her preference for pets over kids. A dog will love you no matter what stupid things you say.

This essay is based on a homily delivered by Fr. Orsi. It can be viewed online HERE.