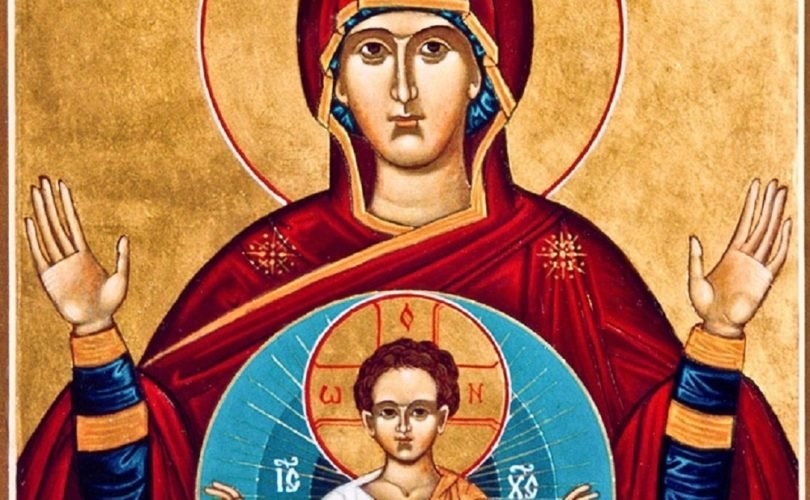 LIMA, Ohio, January 28, 2016 (LifeSiteNews) – Convalescing in bed, blowing my nose while watching ETWN broadcast the March for Life live from blizzardy Washington, D.C., I was wishing I was in the middle of the action.

I almost always make the March for Life, with several church members in tow, and I felt guilty I hadn't disregarded my swimming head and constantly drippy proboscis to make the drive.

Why would this former Floridian and sunny beach-lover wish he was five hundred miles away in the middle of the capital's fiercest snowstorm on record? Because the March for Life is not only the largest and longest-running protest movement our nation has ever seen; it is the most positive, joy-filled demonstration in the history of the United States.

Incessantly portrayed in the mainstream media as “hateful” and “anti-abortion,” the March for Life brings together a sea of young, hopeful believers in mankind.

The message of these ten to twenty million pro-life activists over 42 years? You just read it: we are actively pro-life.

Our message carries the power of life itself. Our message is an overwhelmingly positive one – a message of forgiveness, of hope, of God's love and our own love toward all.

Sure, we're against abortion. Any morally sane person is against the mass slaughter of innocent, vulnerable human beings.

It's true: our message has a perceived “negative” side. We're against dismemberment, burning to death, and crushing the skulls of babies. But love, like truth, always has two sides: the “negative” truth of sin, and the promise of forgiveness if we repent.

The Catholic “Social Doctrine of the Church” states that Christianity “has the task of proclamation, but also of denunciation … when sin is present.”

For example, do you, dear reader, think that the denunciation of racial trafficking, slavery, and lynching made the Civil Rights movement “hateful”? I think it made the movement truthful, even hopeful that freedom would ultimately win out.

Jesus, Who we believe is Love Personified, had both a perceived “positive” and “negative” side to His saving message, too. Most people, if asked, “What was the core of Jesus' message?,” would answer, “The Golden Rule: Do to others as you would have others do to you.” A lot of others would answer, “The Beatitudes: Blessed are the poor…” But again and again, the Gospels record Jesus's constant preaching as “Repent! The Kingdom of God has come!”

And yet, His “negative” message of sin and repentance means eternal salvation for those who listen.

Our Lord was being truly meek when He overturned the tables in the House of God. He was displaying genuine humility when He called the spiritual leaders of his day “whitewashed tombs” and “hypocrites” and a “brood of vipers.” He was acting out of nothing but love when he publicly exposed sins and called all to repentance.

It is said that during World War Two, not far from one of the concentration camps was a church. This church was so close to one of the camp gas chambers that the people inside the church could hear faint, desperate screaming coming from Jews as they realized they were being murdered en masse.

After the war, correspondents asked church faithful how they responded to the audible shrieks of the dying. One member answered, “We just sang our hymns louder.”

We pro-lifers believe that we are speaking out for the “silent screams” of the nearly sixty million babies killed in the womb. So yes, there is a perceived “negative” aspect to our message.

But far greater, and far more important, is the positive message we bring to the world.

Ours is indeed a saving “good news of great joy.” We champion LIFE over death, LOVE over hate, FORGIVENESS over condemnation, KINDNESS over cruelty, FIDELITY over betrayal, JUSTICE over injury, GOODNESS over debauchery, and the FREEDOM of following the Truth over the bondage of slavery to one's passions.

Even more importantly, we believe that mercy is greater than any law. Pro-lifers condemn no one. Period. We offer acceptance – as is – to anyone and everyone who comes to the truth, no matter his past.

Our message, then, to women who have had abortions is, “There is hope! You are not condemned! Come and receive forgiveness for your sins! Come and start a new life in love and peace with God (and yourself, and us)!”

Our message to men who have fathered children only to encourage or take part in their destruction is, “Come into the light! Confess your iniquity and be healed! Find acceptance and cleansing in the Fatherhood of God!”

Our message to abortionists is, “Open your eyes and see what you are doing! Let us reason together: though your sins be as scarlet, they shall be white as snow! Enter Christ's Church and live!”

Our message to those who profit from and promote abortion, including the leaders of Planned Parenthood, is, “Turn and find grace and mercy from an All‑Loving God!”

His Beatitude, Metropolitan Jonah, once wrote with great sadness of the “decadence that has overtaken us: greed, hedonism and licentiousness, which have led to gender confusion, depersonalization, and the loss of value of human life … using others as objects of gratification.

“The last thing the world wants to hear about is sin. But if it refuses to admit sin, neither can it receive forgiveness. Often rightly it cries out against the hypocrisy of condemnation by those who are righteous in their own eyes. But the reality of the sin remains, the broken lives and broken hearts … a lifetime of regret, guilt, self-hatred and self-loathing.

“What it needs is to hear the call to repentance, and to heed it. It is the bitter medicine that alone will bring healing… The Lord Jesus cries out through the Church: 'Repent and receive the remission of your sins!' … [This] is the means of life itself[.] … [This] is, in fact, the conscience of the world.”

Christians believe that life in the womb is precious and sacred. In Genesis through Revelation, God has revealed that from conception, the womb holds a human person. The Bible calls pregnancy “to be with child” (Is. 7:14).

King David wrote, “You formed my inward parts, You knit me together in my mother's womb[.] … You know me right well; my frame was not hidden from You, when I was being made in secret[.] … Your eyes beheld my unformed substance;  in Your book were written, every one of them, the days that were formed for me, when as yet there was none of them” (Ps. 139:13‑17).

How truly marvelous! All of us are divinely loved, chosen, fashioned, and considered precious. What a wonderful, saving message we have to bring to a disillusioned and hurting world!

The depths of despair and utter hopelessness that lead one to destroy the tiny human being growing in the womb cry out for our message of life.

Indeed, there are no circumstances in which the message of life will not bring salvation to a lost soul, and help direct her closer to Christ.

Let us be clear: God is the creator of every human being. And God makes no mistakes. We believe that even the gravest trial can be providentially transformed into our most treasured blessing.

Our lives – including our unplanned pregnancies – are truly in His capable hands.

We speak against abortion because we believe in love. We believe that love means giving oneself, that it involves sacrifice, and that it is our highest “aim” and ultimate “goal” (I Tim. 1:5).

We speak against abortion because we believe in hope. We believe that hope is eternal (I Cor. 13), that it is founded on the One Who is returning soon, and that it transcends the fickle feelings of parents who don't think they “want” a baby.

We speak against abortion because we believe in Truth. We believe that Truth lives past the fleeting whims of fashion, stands firm amid the “me first” generation, and clings to things eternal in a world enamored of the temporal.

Most of all, we speak against abortion because we follow this life, love, hope, and Truth, embodied in our Lord and God and Savior, Jesus Christ.

We often say, “If wombs had windows, there would be no more abortion.” The Orthodox Church has a “window to the womb,” so to speak, in an ancient icon called “Our Lady of the Sign,” which depicts Jesus within Mary His mother. The icon shows the Virgin looking directly at us, with her arms raised in prayer for us, and the divine Child within her – her pre-born child, radiant, hallowed, surrounded by stars, His arms raised in blessing toward us.

The icon speaks of the universe-shattering miracle of the Incarnation, of God Himself in the womb of Mary, of their special relationship and of her devotion and prayer to Him. “Our Lady of the Sign” allows us to look into the womb and see the brilliance and glory of heaven. We see the precious child. We see that life is the alternative to abortion.

The pro-life message is love. Love offers hope, light, and life to those in darkness. Love shares the truth. Love sacrifices one's own comfort to help and support those in crises. And love sees every human life as precious.