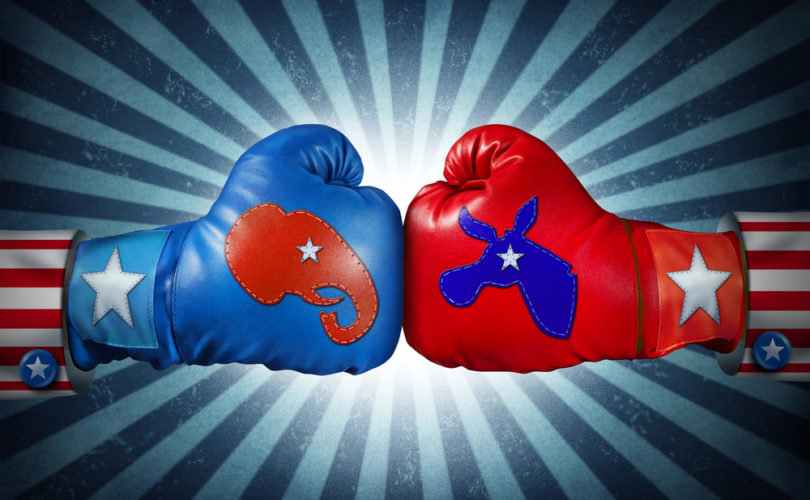 Correction Aug. 22, 2015: In an earlier version of this story the headline erroneously referred to Mike Holcomb as a “congressman.” Holcomb is in fact a state representative.

PINE BLUFF, AR, August 21, 2015 (LifeSiteNews) — The release of undercover videos exposing Planned Parenthood's barbaric merchandizing of live babies for profit has resulted in the defection of a Democrat legislator to the Republican party.

The two-term representative explained, “I’ve chosen to join the Republican Party because I firmly believe that the conservative values they represent best align with my own personal beliefs and convictions.”

He noted that the Arkansas Democratic Party's stance supporting Planned Parenthood was a major factor in his decision to leave the party. “I believe in the sanctity of life,” the Pine Bluff politician reasoned. “I believe in traditional marriage. I believe in helping Arkansans.”

Another reason Holcomb decided to join the Republican Party is the Democrat party’s opposition to the decision by Arkansas Governor Asa Hutchinson to cut funding to Planned Parenthood.

“The practices portrayed in those videos serve as a further motivation to stand against those who wish to kill and also to defend those who cannot defend themselves,” Holcomb said. “The Democratic Party of Arkansas unanimously was in opposition to the governor’s action, they stated at their last committee meeting, and has showed me that I cannot in good faith continue as a member of that party.”

The District 10 representative said that it's not possible for Democrats to separate themselves from the Democratic Party Platform on abortion, and same-sex “marriage”.

Democratic Party of Arkansas chairman Vince Insalaco issued a rebuttal, accusing Holcomb of “standing against women’s health care” and against “equality.” Insalaco used the opportunity to take a jab against Republicans, saying that they are against health care and against equality, too.  “Rep. Holcomb (has) found a good home in the Republican Party,” Insalaco wrote.

Pro-lifers to protest Planned Parenthood in over 300 cities Saturday: largest ever

Woman: Planned Parenthood said I had to donate fetal tissue, or I couldn’t get the abortion