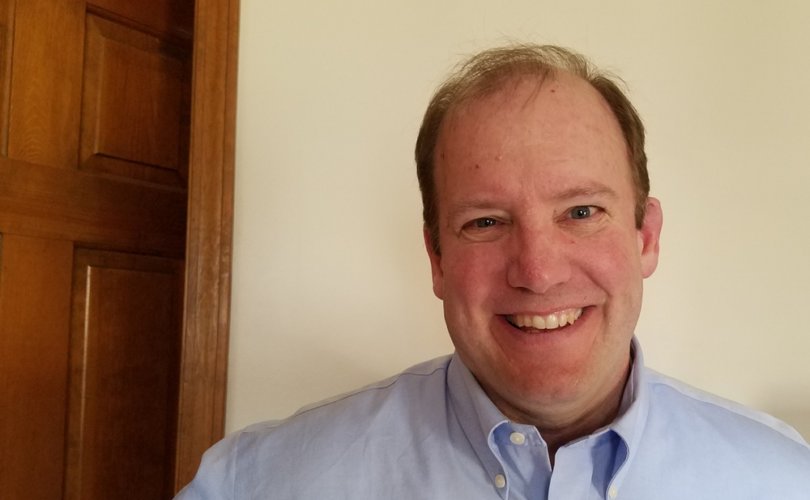 AFTAH is dedicated to “apply[ing] the same single-minded determination to opposing the radical homosexual agenda and standing for God-ordained sexuality and the natural family as countless homosexual groups do in promoting their harmful agenda.” LaBarbera frequently debates homosexual issues on mainstream and pro-LGBT media, and has written for LifeSiteNews.

On Sunday, Facebook took down AFTAH’s Facebook page entirely, leaving only a “Page Not Found” message in its place as of the time of this writing.

Yesterday the cowardly yet proficient anti-#conservatives at @Facebook took down (“unpublished”) AFTAH's FB page, citing violations of their (spurious) #hate standards. We are appealing: pic.twitter.com/ptWsYOroYe

“Your Page has been unpublished for using hate speech, which goes against the Facebook Community Standards,” reads a notice LaBarbera shared on Twitter Monday morning. It claims the social media giant “allow[s] individuals to speak freely,” but “take[s] action on reports of verbal abuse directed at individuals.” No examples of hatred or verbal abuse are given.

The ban follows several deletions of individual posts over the years, according to administrator Jason Salamone.

“Of course, the ‘hate’ charge is spurious and effectively precludes all MORAL opponents of homosexuality from using [Facebook],” LaBarbera said via email. “AFTAH, a Christian educational organization, has from its inception condemned real hatred and violence against homosexuals (or anyone). We have long denounced groups like Westboro Baptist Church with its preposterous ‘God Hates Fags’ message.”

The WBC is an infamous church in Topeka, Kansas formerly led by the late pastor Fred Phelps, known for protesting military funerals and other gatherings unrelated to homosexuality with “God Hates Fags” signs. The fringe group has long been used by pro-LGBT activists to caricature religious conservatives despite being universally condemned. LaBarbera has denounced WBC since at least 2005, and features multiple critical commentaries on AFTAH’s website.

Nevertheless, this is only the latest instance of Facebook and other online platforms targeting both AFTAH and social conservatives in general.

In addition, insiders at Facebook and Twitter have admitted to intentionally targeting conservative accounts and topics, and several analyses have found that Facebook’s algorithm changes disproportionately harmed conservatives.

Conservatives are currently divided on whether government should intervene to safeguard open debate online.

“Social media platforms are the dominant communications platforms of our time,” Professor Adam Candeub, a University of Michigan law professor and former Federal Communications Commission advisor, told Breitbart News Friday. “I think it’s a mistake – both as a legal and policy matter – to assert that government is weaponless when faced with threats to the free market of ideas. And, that includes antitrust.”