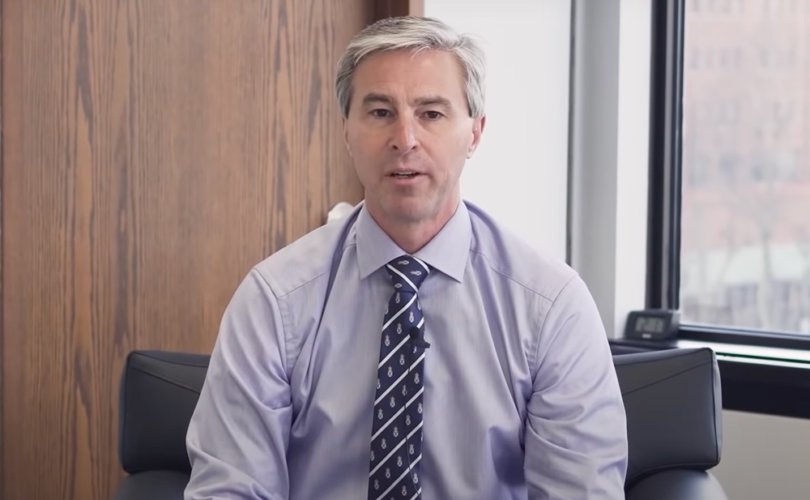 (LifeSiteNews) – The province of Nova Scotia has issued an edict making it illegal for citizens to gather along the highway and cheer on the truckers driving to Ottawa to protest vaccine mandates.

On Friday, the provincial government of Nova Scotia issued a “Highway Blockade Ban” warning citizens that they are not to gather in support of the convoy of trucks headed to the nation’s capital. While the directive states that the purpose of the ban is because gathering in “those areas would put themselves and others at risk,” the convoys have made it across the entire nation with similar gatherings, without a report of a single incident.

Effective immediately, “all persons are prohibited from stopping parking or operating a vehicle or putting any item in such a manner as to create or contribute to a partial or complete blockade of the normal flow of vehicle traffic on a road, street or highway in the province,” reads the directive.

In addition to the broad rules, the edict names the “2022 Freedom Convoy” specifically, making it a crime punishable by up to 100,000 dollars to participate in, finance, aid, encourage, or support “an interruption of the normal flow of vehicle traffic” in relation to the convoy.

Famed Canadian psychologist Dr. Jordan B. Peterson took to Twitter to denounce the unconstitutional measures against the right of Canadians to peacefully assemble.

“This has truly crossed a line: Nova Scotia bans gatherings along highway in support of trucker freedom convoy,” posted Peterson this morning.

What the hell are you thinking @TimHoustonNS? How dare you make it illegal for Canadians to express their political opinions? Your actions have crossed the line into outright political illegitimacy. Beware.

“I can’t believe they would do that,” Nova Scotia driver and convoy organizer Martin Brodmann told True North Centre News on Friday. “This whole journey has been such an enjoyment,” and the convoy was something “that had to be done.”

Despite Prime Minister Justin Trudeau calling the convoy now arriving in Ottawa to protest vaccine mandates and COVID coercion a “small fringe minority,” it is becoming increasingly clear that the movement has widespread support.

Videos and photos have been circulating on social media showing thousands of protestors gathered in Ottawa’s Parliament Hill to express their support for the convoy.