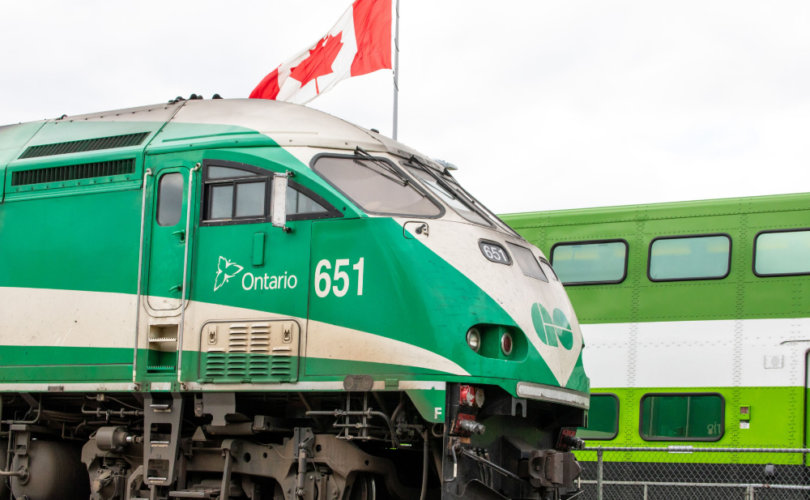 TORONTO (LifeSiteNews) — At least a dozen former employees, including many longtime staff and senior managers, are suing Ontario transit authority Metrolinx for a combined $2.09 million after being treated with “callous disregard” for refusing the COVID-19 vaccine.

The workers filed lawsuits against Metrolinx in December for wrongful dismissal after the company put them on unpaid leave for refusing to comply with mandatory COVID-19 vaccinations, as reported by the Toronto Star.

“Metrolinx had been allowing people to work from home since March 2020, and all of a sudden my clients are no longer allowed to work at all because they did not agree to a vaccine policy that was never, ever required of them in their contracts,” said Stan Fainzilberg, a lawyer representing 10 of the former Metrolinx employees.

“That is, in our view, a very clear breach of contract,” he added.

Former employees Michael Bogias and Peter Rozanski told the Star that they are entitled to severance pay and accrued vacation pay since the suspension amounted to being fired as the leave term is indefinite.

The company mandated that workers receive the vaccine despite being able to work from home. Since the beginning of the pandemic, Bogias, a 10-year senior manager, reported that he worked exclusively from home “without issue.”

Rozanski, a five-year employee, reported that the company neither failed to make accommodations for him “nor were any alternative solutions meaningfully considered.”

Rozanski added that Metrolinx also refused to pay him six weeks’ vacation pay that he had earned before the suspension.

“This all feels very punitive to us. If this is just about worker safety, why withhold my vacation pay?” Rozanski questioned.

However, Metrolinx rejects the suggestion that the workers were wrongfully dismissed, claiming they are all still employees of the company, but are just currently suspended for failing to follow COVID-19 protocols.

While Metrolinx promises to reinstate employees if they receive the vaccine, the suspended employees believe their relationship with the company is “irreparably” damaged.

“From a general humanistic perspective, I don’t think it’s realistic to expect these people to go back to this environment. It’s a pretty toxic environment for them, and to be put back in that workplace is only going to do more damage,” Fainzilberg said.

These workers are not alone. Many who lost their jobs due to vaccine mandates have filed lawsuits, but few have gone to court. According to lawyers for Metrolinx’s ex-employees, if these cases go to a trial, the results will not be issued until 2023 at the earliest.

The COVID-19 injections approved for emergency use in Canada have been associated with severe side effects such as blood clots, rashes, miscarriages, and even heart attacks in young, healthy people. They also have connections to cell lines derived from aborted babies. As a result, many Catholics and other Christians refuse to be injected.

Many consider the mandates to be a gross assault on individual freedoms. Mandated vaccination is also seen as unreasonable and unnecessary given COVID-19’s high survivability among most groups, its now understood minimal risk of asymptomatic spread, and research indicating that post-infection natural immunity is far superior to vaccine-induced immunity.

Moreover, a growing  body of data indicates that vaccine mandates and passports have been a failed strategy for tackling COVID.