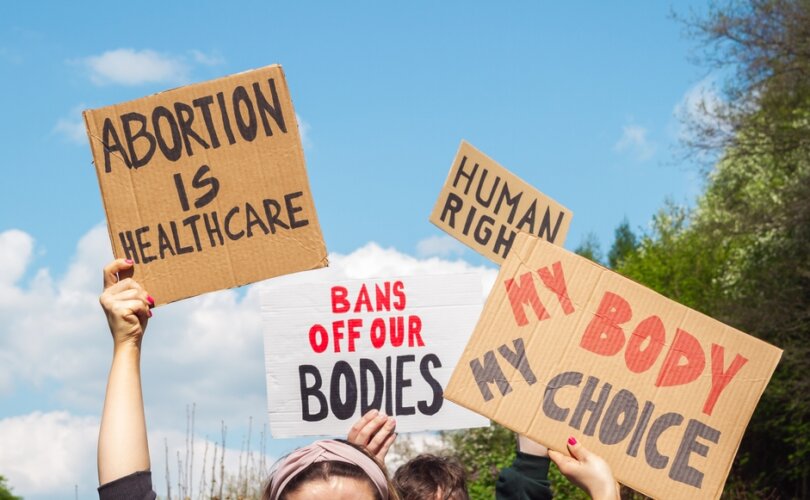 (Live Action) — In an interview with The Cut, a key abortion activist has revealed the tactics she used to secure defeats of pro-life initiatives at the ballot box in Kansas and Kentucky.

Rachel Sweet served as the head of the pro-abortion coalition in Kansas opposing the pro-life ballot initiative, and subsequently also as the campaign manager for the Protect Kentucky Access pro-abortion initiative.

In August, Kansans rejected the “Value Them Both” ballot initiative that would have enabled the state legislature to enact protections for preborn children, and thus overcome the state supreme court’s ruling that abortion is a protected constitutional right, as Live Action News reported. In November, voters in Kentucky rejected Amendment 2, which would have explicitly stated that the state’s constitution does not protect the right to abortion. Pro-lifers hoped to pass this measure in light of the legal challenges to the state’s pro-life protections, which are currently before the state’s supreme court.

In the interview with The Cut, Sweet discussed her efforts to secure an outcome favorable to abortion advocates. In building her pro-abortion messaging campaigns, Sweet stated that it was imperative to do “research to figure out the messaging that is going to work with voters,” and that “in Kansas and Kentucky, there were differences in how we deployed the message.”

What became clear is that her tactics relied on hiding the truth – that abortion kills an innocent human being – as well as disinformation about pro-life objectives on the ballot.

Sweet stated that her strategy in Kentucky was to emphasize “the idea that passing extreme restrictions impacts medical care for pregnancy complications and miscarriages.” She described this approach as “more of an empathy message” that involved “a lot more first-person storytelling.” Yet Sweet’s message relied on false premises and deception about the reality of treatment for pregnancy complications and miscarriages – and thus misleading those she hoped to influence. Her strategy aligns with a false media narrative that spreads myths about pro-life laws in the aftermath of the overturning of Roe v. Wade. The truth is that induced abortion, which is the direct and intentional killing of a preborn child, is not medically necessary to treat a woman’s pregnancy complications.

Sweet’s approach in Kansas was to cast the measure as extreme, and appeal to a live-and-let-live sensibility among voters who had no strong moral convictions. “We don’t need to change anything about the constitution in Kansas. This is about the government getting involved in your personal business. We don’t need that,” Sweet said of her message to Kansas voters, according to The Cut.

Sweet tailored her use of disinformation and obfuscation to those who may be undecided about the issue. “What we have seen broadly is that there are people who personally wouldn’t choose to have an abortion and don’t really like it. They don’t like talking about it. They generally think it’s bad. But they understand that there are cases where it is the best of a series of not-good choices that one can have before them,” Sweet said.

Sweet believes that abortion activists can continue to push back against pro-life measures and advance pro-abortion policies using a “very state-specific approach” that is “led by in-state partners who are already on the ground doing the work.”

The kinds of tactics employed by Sweet and other abortion activists are not easily overcome, but by understanding them, pro-lifers can better focus their efforts. As pro-life advocate and apologist Scott Klusendorf argued on Facebook in the aftermath of the failure of Kansas’s pro-life ballot measure, despite the overturning of Roe v. Wade, the work of pro-lifers to win hearts and minds remains urgent.

“The worldview assumptions that make abortion plausible to millions of our fellow citizens are deeply entrenched in culture and they are not going away anytime soon, even with Roe’s demise,” Klusendorf wrote. “If we don’t engage at the idea level, we lose. We need a massive influx of equipped and trained pro-life apologists to impact their communities.”