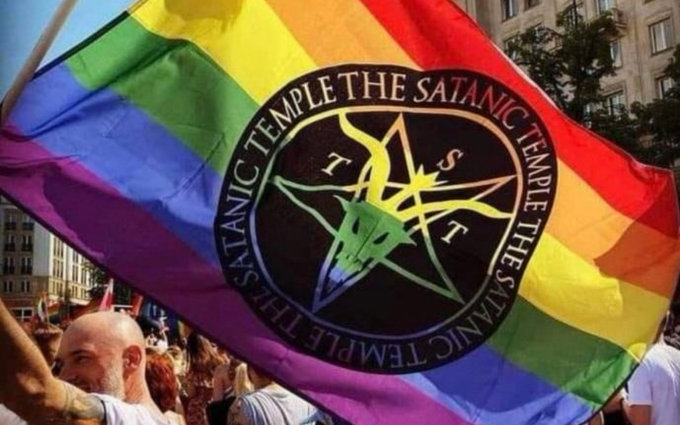 COEUR D’ALENE, Idaho (LifeSiteNews) — The Idaho chapter of The Satanic Temple has pulled out of a lineup of venders and supporters for a “family-friendly” LGBT pride event after its involvement was spotlighted on social media.

The satanic group opted to withdraw from a “Pride in the Park” event hosted by The North Idaho Pride Alliance (NIPA), which is slated to take place in Coeur D’Alene, Idaho, on Saturday, June 11. The event has been billed as a “family-friendly” get-together, featuring drag performances, an “LGBTQ+ affirming prayer”, and LGBT projects for children.

.@hammond4mayor did you see this? The Satanic Temple (@TSTIdaho) are actually co-sponsors of the event and are having a booth at the “family friendly drag show” https://t.co/xV86dNyWPn pic.twitter.com/vzA7sgnlYD

Included in a list of “vendors, groups & supporters” for the event was the Idaho chapter of The Satanic Temple (TST), a pseudo-religious organization which claims abortion as a satanic ritual and seeks to undercut Christianity in the public square.

The Idaho Tribune highlighted the satanic group’s involvement in the “pride” event in a June 6 article. The following day, popular conservative Twitter account Libs of TikTok posted a link to the Tribune article in a Twitter thread.

Libs of TikTok also referenced a now-private tweet obtained by the Tribune, which had been sent by an account apparently belonging to Rowan Astra, the Congregation Head Elect for Idaho’s chapter of The Satanic Temple.

In the tweet, Astra reportedly said TST would be promoting “merchandise” at the event, as well as “performing unbaptisms for those interested!”

“Just know, Satan loves you for you,” the tweet posted by the Tribune read, adding hashtags: “#CDA4Pride#ExistLouder#prideinthepark2022 #hailsatan.”

NIPA told LifeSiteNews in a Friday email that the Idaho Satanic Temple had “dropped out of the event on their own accord and will not be present at Pride in the Park on Saturday, June 11th.”

Meanwhile, the Satanic Temple wasn’t alone in lending its support to the pro-LGBTQ event, which will also feature a bevy of religious and civic organizations.