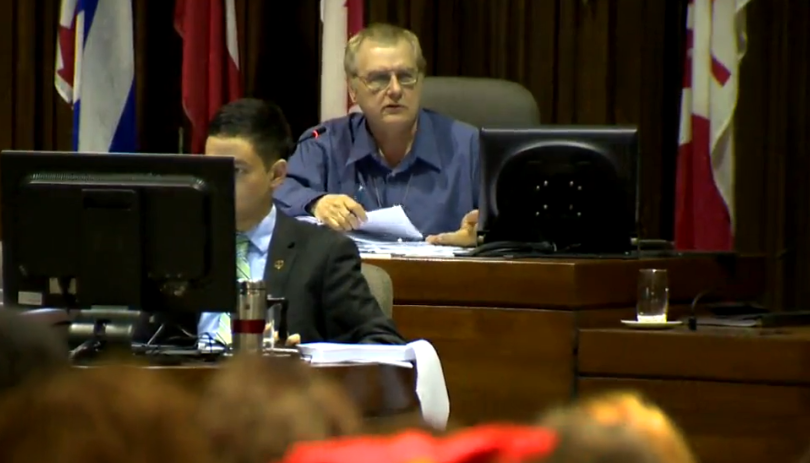 (Campaign Life Coalition) — What Toronto Catholic District School Board (TCDSB) trustee Mike Del Grande has been living through has all the makings of a Hollywood court room drama!

He’s been defending himself both at the Ontario Superior Court of Justice and at the Ontario College of Teachers! Campaign Life Coalition (CLC) has been crowdfunding both of these separate legal defenses for Del Grande.

In both cases, he’s being attacked for having used strong rhetoric deemed “offensive” to LGBT activists.

They didn’t like the fact that he opposed a motion to add radical transgender ideology to the TCDSB’s official Code of Conduct. Namely, to add “Gender Identity” and “Gender Expression” as protected grounds for non-discrimination, which would open the door to all manner of anti-Christian behaviors taking place within the walls of Toronto’s “Catholic” schools.

At the Superior Court, Del Grande had been petitioning a three-judge panel to quash the sanctions imposed on him by a majority of the board members during an illegal vote held November 11, 2020.

The sanctions included attending a re-education camp to make him think differently about “equity,” and making him grovel for forgiveness with a forced, public apology to the “LGBT community.”

You didn’t know that Soviet justice was making a comeback, did you?

Del Grande just received the Superior Court’s decision on Friday, January 13th. It was authored by Justice Sandra Nishikawa, who was appointed to the bench in 2018 by Justin Trudeau. Would it be a spoiler of her decision if I told you that during the live-streamed judicial review hearing, the woke, virtue-signaling pronouns of “She/Her” were displayed after Nishikawa’s name?

You guessed it. The ruling was bad.

With Nishikawa authoring, the court rejected all of the arguments presented by Del Grande’s legal counsel. She stated that the TCDSB acted legally in finding the Catholic school board trustee guilty of “misconduct” for having defended Catholic moral doctrine.

FUN FACT: Before Trudeau put her on the bench, Nishikawa worked as counsel at the radically anti-Christian, Ontario Human Rights Commission. In addition, she served on the board of directors of the feminist, pro-abortion, pro-LGBT Women’s Legal Education and Action Fund.

Del Grande and his legal counsel are in the process of carefully reviewing the decision and considering an appeal to a higher court.

In some ways, the Ontario Teachers College (OCT) hearing which began in November and will continue through May, has been an even greater thriller, as far as court room dramas go.

Watch a video that Jack Fonseca, CLC’s Political Operations Director, just recorded about all the dramatic twists, turns, and shocking revelations that have come out of the OCT hearing thus far.

Then, please donate to help fund that legal defense too!

I wish to thank you for supporting this heroic Christian trustee with your prayers and financial support.