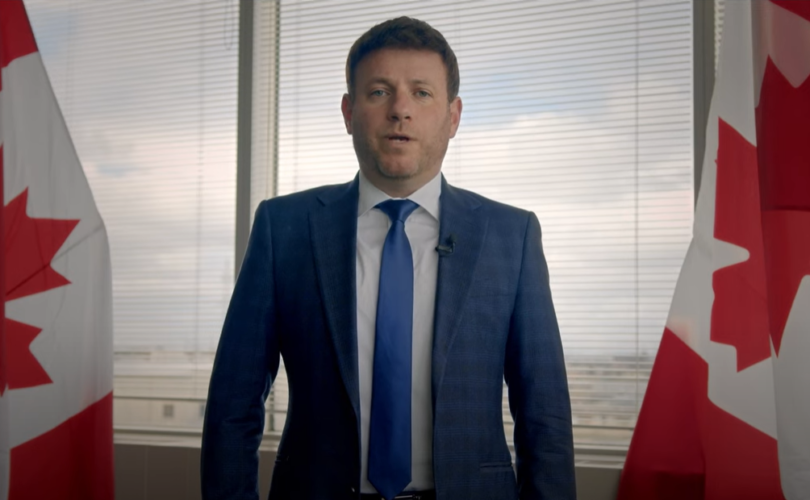 (LifeSiteNews) – In a newly published op-ed, Conservative Party of Canada leadership candidate Roman Baber heavily criticized the “censorship state” that he believes has developed under Justin Trudeau since the declaration of the COVID-19 so-called pandemic.

“Our COVID response ushered a new era,” Baber wrote in the National Post on Friday. “Well-meaning politicians, scientists, doctors and professionals were not allowed to express an opinion different from that of public health officials or government talking points, under the guise of ‘safety.’”

“I may not agree with your opinion, but I’ll defend your right to say it.”

In his piece, Baber went on to lament the “silencing of dissent under threat of cancellation” and said that it is not “limited to COVID” but extends to environment where debate is also “off the table.”

Baber expressed that this anti-debate ethos about medical and ecological issues is against the nature of scientific thought which “cannot… by definition” operate when science is considered “certain or static.”

Baber also mentioned that “the historical record is being corrected” and that people are starting to realize the harms of lockdowns and coercive medical policies which have caused “irreparable harm.”

Speaking of vaccine-free Canadians he said: “Our country stigmatized and demonized a sizable portion of the population and caused long-term trauma, especially to young people, the effect of which cannot be underestimated.”

Baber believes that the remedy for the ostracization of contrary opinions that has taken place since the advent of the lockdowns is to uphold free speech as “the holy grail of all rights.”

“Disagreement in Parliament, on TV, in the boardroom or in the classroom is a good thing. A greater number of perspectives affords decision makers with better and nuanced choices,” he said.

Baber was once a sitting member of parliament for the Doug Ford Progressive Conservative Party government of Ontario, until he was ousted from the party after speaking out about the harms of lockdowns in January 2021.

At the time he said that lockdowns were “deadlier than COVID” and cited extensive evidence to back up his claims. He was swiftly kicked out of Ford’s party and continued as an independent at Queen’s Park.

Presently, bill C-11 – an internet communications censorship bill – is being considered in the Canadian Senate. It is not dissimilar to bill C-10 which was tabled last year but was abandoned when it reached the Senate and an election was called.

If passed, C-11 could grant the federal government regulatory powers over “private messaging services” and could force content creators to regulate what they say to fit quotas for Canadian content and language laws.

Canadians: you better learn damn quick to use a VPN. Look it up. Bill C-11 has made us the most censorship-laden country in the developed world. Congratulations @JustinTrudeau you’ve finally put the country you don’t even believe in a number one spot.

Baber ended his piece by alluding to such censorship efforts, writing: “Most importantly, we must not allow Canada to turn into a censorship state, where speech is prohibited by legislation, fear of reprisal or threat of exclusion.”