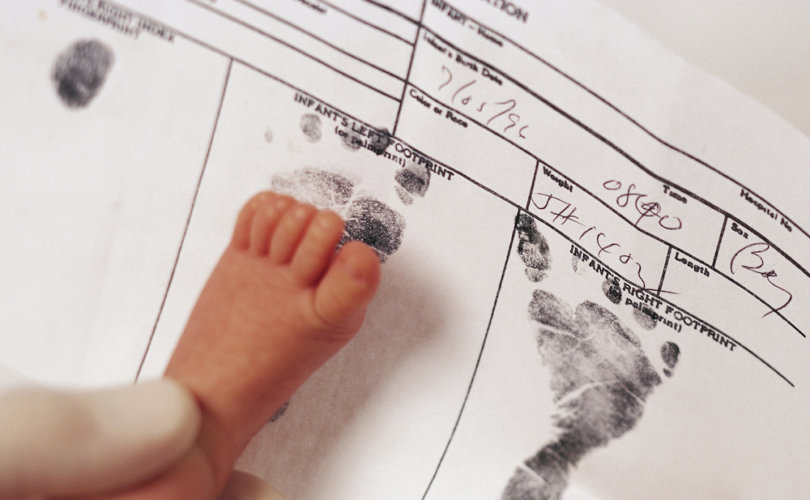 HELENA, Montana (LifeSiteNews) – Montana has eliminated the option to change the sex listed on a birth certificate to align with a so-called “gender identity” and has affirmed that no medical procedure “changes a person’s sex.”

In an emergency order issued Monday, the Montana health department declared that it will now only record biological sex, not “gender,” defined as a psychological or cultural “construct,” on birth certificates.

“Sex is different from gender and is an immutable genetic fact, which is not changeable, even by surgery,” reads the order, signed by health department director Adam Meier, an appointee of Republican Gov. Greg Gianforte.

“Accordingly, this emergency rule does not authorize the amendment of the sex identified/cited on a birth certificate based on gender transition, gender identity, or change of gender,” it continues.

The new rule came after a state judge last month blocked a law requiring people who identify as “transgender” to show proof of a “gender transition” to alter the sex on their birth certificates.

The law, signed last year by Gov. Gianforte, replaced a rule issued by Democrat Gov. Steve Bullock’s administration in 2017 that allowed individuals to change their registered sex simply by presenting an affidavit to the health department.

Judge Michael Moses ruled that the 2021 law, known as SB 280, was too vague, as it didn’t clarify what procedures were required for a “gender transition.”

But he did not order a return to the 2017 rule, and the Montana health department said his decision left the state “an ambiguous and uncertain situation.”

‘No surgery changes a person’s sex’

In his ruling, Moses also acknowledged that “no surgery changes a person’s sex,” a fact even recognized by the plaintiffs who sued to overturn SB 280, according to the health department’s emergency order.

“The court’s finding that ‘no surgery changes a person’s sex’ has caused the department to consider the issue,” the order reads, adding that the department agrees with Moses’ finding and defines sex as “a biological concept that is encoded in an individual’s DNA and, thus, is genetic and immutable.”

An alleged “gender identity” is unprovable, and it doesn’t make sense to record it on a birth certificate, the order emphasizes. “The birth certificate generally records only facts that are known (or knowable) at the time of the person’s birth,” it notes. “Sex is one of those facts: A person’s sex can be determined — by observation, examination, or testing — at the time of birth.”

“Gender/gender identity, as a social, psychological, and/or cultural construct, cannot.”

Due to the impossibility of changing sex through a “gender transition,” the health department declared SB 280 and previous liberal birth certificate policies “mistaken.”

The Monday order still allows sex listed on a birth certificate to be edited in rare circumstances, such as to fix an entry error or if an individual’s sex was misidentified at birth.

Montana joins a handful of states, including Tennessee, Oklahoma, and West Virginia, that ban people from altering their documented sex to reflect a false sense of “gender.” Courts have recently struck down similar measures in Idaho and Ohio, according to the Associated Press.

Montana’s emergency rule comes as Republican-led states across the U.S. advance new policies to counter the rise of gender ideology in sports, education, and health care.

Last month, the Florida Department of Health issued guidance recommending that children and adolescents with gender dysphoria should not be given puberty blockers, cross-sex hormones, or “sex change” surgeries.