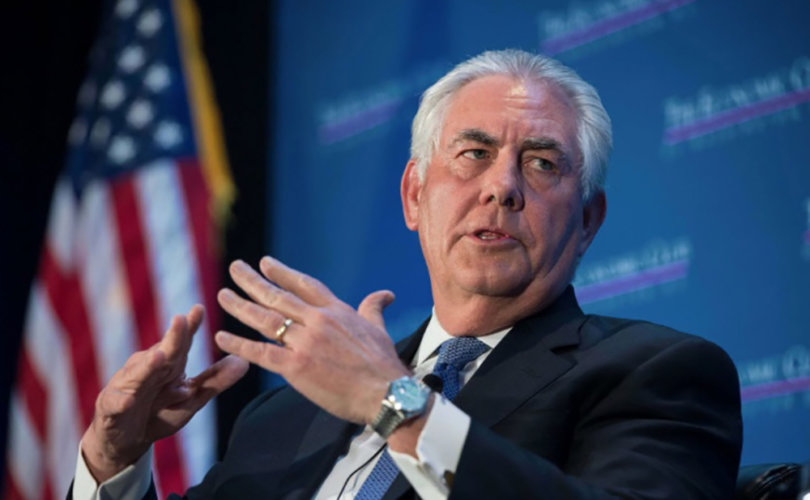 June 1, 2017 (American Thinker) — As Trump agonizes over the Paris Accord, self-imposed deadlines sail by.  Escaping the accord requires action.  Delays increasingly resemble a decision to remain.

So the deliberations aren't about the science.  This is a no-nonsense debate about America's national interest as it pertains to the unique circumstances of the Paris Accord.  Little quarter is given to wider ethical or ideological, let alone aeromantic, contemplation.

Let's cut to the chase.  The coal lobby and the natural gas lobby are dueling over the captain's share of the U.S. electricity-generating market.  As The Donald would say, “The stakes are yuge.”  Americans spend almost $400 billion a year on electricity.

Recent figures have natural gas fueling 34% of this market and coal 31%.  Percentages fluctuate monthly.  Twenty-sixteen was the year natural gas surpassed coal.  When the climate caper gained traction, in the late 1980s, coal enjoyed a near-60% market share, while natural gas held only 10%.  With this in mind, one plotter around Trump's table looms ominous.

Rex Tillerson was born unto middle-class parents in 1952 in Wichita Falls, Texas.  After graduating with a civil engineering degree from the University of Texas in 1975, Rex immediately commenced employment with Exxon.  Aside from part-time jobs while a student, Exxon (ExxonMobil after 1999) is the only employer Rex ever had.  He remained a loyal company man for 42 years, severing ties only after his appointment as secretary of state appeared certain.

Tillerson became ExxonMobil's chief executive and chairman in 2006.  His annual pay package, stock and salary, over the last decade averaged around $30 million.  Upon assuming the secretary of state portfolio, he cashed in his ExxonMobil shares and options.  His net worth is $300 million.

During his eleven-year reign, Tillerson transformed ExxonMobil in two overlapping ways, both germane to the Paris Accord debate.  Pre-Tillerson, ExxonMobil was vilified by environmentalists for questioning climate science orthodoxy and for funding climate-skeptical groups.  These practices ended under Tillerson; however, both he and the company remain unforgiven.  In fact, environmentalists now exploit Tillerson's mea culpa in a campaign called “Exxon knew,” the premise of which is that Exxon is even more reprehensible because it knew about the alleged harm caused by its carbon dioxide emissions.

The second transformation occurred in 2010 with ExxonMobil's $31-billion merger-acquisition of XTO Energy Inc, then the USA's largest independent natural gas producer.  In a stroke, ExxonMobil went from being a minor player in the natural gas business to vying with Shell for the title of world's largest privately owned natural gas company.  In engineering this merger (and in endorsing climate change), Tillerson followed a path beaten by BP and Shell decades earlier.

When Margaret Thatcher embraced “global warming” during the 1984-5 coal miners' strike, many presumed that nuclear power would replace coal-fired electricity.  Alternatively, the Germans, with a monocle toward energy independence and industrial supremacy, championed renewables.  Few outside BP's and Shell's boardrooms grasped natural gas's potential for gaming the climate hoax.

As the pitchmen from the 250,000-member Texans for Natural Gas, or from Europe's GasNaturally meta-coalition, never tire of telling us, gas-generated electricity emits about half the carbon dioxide per watt than does coal-generated electricity.  Wielding this fact, BP and Shell emerged, by the early 1990s, as the most effective and deep-pocketed climate crusaders.  Until Tillerson, ExxonMobil was the major Big Oil climate holdout.

Tillerson's “Letter to Our Shareholders” in ExxonMobil's 2015 Annual Report provides a cellophane-clear view on the company's transformation.  He states frankly, “ExxonMobil views climate change as a serious risk” and follows this a few lines down with “Products we produce, such as cleaner-burning natural gas, also help reduce global emissions.”

Natural gas is the Climate Industrial Complex's dark horse.  The Climate Change Business Journal does not even recognize natural gas, per se, as a climate industry.  The authors discuss only the gas industry's efforts at reducing fugitive methane emissions and at carbon capture and storage.  To purists, the $1.5-trillion-a-year Climate Industrial Complex consists only of the makers and mongers of solar panels, wind turbines, electric cars, bio-fuels, etc.  There is no room in their inn for a “fossil fuel” industry whose existence predates the climate campaign.

While environmentalists resist acknowledging an alliance with multinational oil corporations, there is no denying that one exists.  BP, Shell, and now ExxonMobil cavalierly demonize carbon dioxide as a pollutant as they promote compliance with the Paris Accord.  They fervently contend that their cannibalization of coal-generated electricity is essential to achieving compliance.  Conversely, they also at times claim that the coal-to-gas switchover is entirely market-driven.

During the Cold War, Eastern Bloc planners joked that, come the global socialist revolution, they would keep one capitalist economy going so they could ascertain the real prices of things.  We confront a similar dilemma.  The coal, natural gas, and electricity industries are so distorted by regulation, from extraction to invoice, that any real cost-benefit analysis seems practically impossible.  Insights into this conundrum can be garnered in a February 2017 quote from a discernably anxious U.S. Energy Information Administration: “Without the Clean Power Plan, there is less incentive to switch from carbon-intensive coal to less carbon-intensive natural gas or carbon-free fuels such as wind and solar. In the scenario where the Clean Power Plan is not implemented, coal again becomes the leading source of electricity generation by 2019.”  In other words, absent climate activism, American electricity generation quickly reverts to coal.

Ultimately, we need a more laissez-faire and transparent energy market where consumers (which are often governments) can make informed decisions.  The amount of carbon dioxide a generating station emits should be irrelevant.  Such a state of affairs now seems almost utopian.

As for Tillerson, available evidence pegs him as a cynical, dishonest man more taken with power than truth.  He has a kindred spirit in Ivanka, whose consuming aspiration is ascendance unto the trans-Atlantic plutocracy.  Tillerson's opportunistic, misanthropic adoption of political correctness has already alienated social conservatives.  He spearheaded the imposition of homosexuals onto the Boy Scouts of America, and he lavished funds onto Planned Parenthood's abortion mills.

Tillerson personally donated to every Republican presidential candidate before Trump – but not to Trump.  He was shoehorned into Trump's inner circle by the deft maneuverings of those exemplary RINOs, Bob Gates and Condi Rice.

Forget “Exxon knew.”  How about an “Exxon knows” campaign?  The company's controllers, following Chairman Tillerson, know full well that “global warming” is a hoax, yet they exploit this Big Lie to forcibly capture customers for their surplus natural gas.

This article was originally published on May 29 on American Thinker and is re-published with permission.

Gloria Steinem: Abortion restrictions are ‘the fundamental cause of climate change’