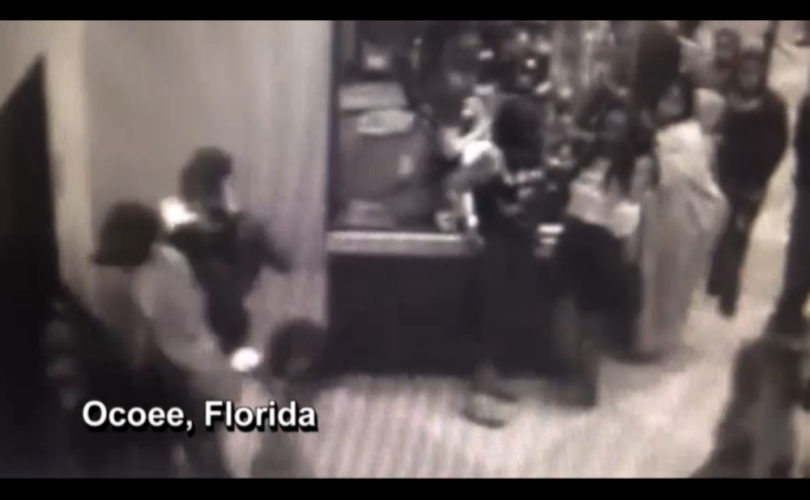 Reportedly there were some 900 teens, mostly girls, who tried to force their way into the movie.

Fans of the ‘Fifty Shades’ phenomenon often defend the books and movie with the dubious claim that whatever happens in them happens between “consenting adults,” and is therefore nobody else’s business to judge.

Unfortunately that argument doesn’t hold water. Not only are many of the abusive behaviors that take place in the book far from clearly “consensual,” but that argument also fails to take into account the widespread influence the books and movies are having on others, especially vulnerable teens.

In the lead-up to the release of the film, family advocates expressed fears that theaters wouldn’t be strict in ensuring that underage viewers are prevented from seeing the film, which features graphic BDSM-themed sex scenes.

In one case, however, it seems that even though the theater was trying to do its job, a mob of teen girls was so determined to see the movie anyway, that they simply rushed the theater to get in without paying.

The incident took place at West Oaks Mall in Ocoee, Florida. According to police about 900 middle and high-school students, mostly girls, were in the mob, and about 200 succeeded in entering the building before security was able to close the doors.

“(It's) a big concern to us that juveniles are doing this at such an early age,” said Orange County Sheriff's Office Lt. Paul Hopkins.

Police say the mob may have been planned in advance on social media.

In response, the theater has instituted a curfew, meaning that any underage teen must be accompanied by an adult, no matter what, after 9:00 pm.

But equally as disturbing as the girls’ mob behavior, is that so many of them even knew what Fifty Shades is, and felt that taking such drastic measures to see the graphic sex-themed film was worthwhile.

Indeed, so many reprehensible behaviors are defended these days as long as they take place between “consenting adults.” What so many people forget is that everything we do has an impact on others around us.

The runaway success and indiscriminate marketing campaign of 'Fifty Shades' (an ad for the film was shown during the Super Bowl) has unfortunately sent the message to millions of vulnerable teens that dangerous and abusive sexual behaviors are “normal” and even the truly “romantic” thing to do.