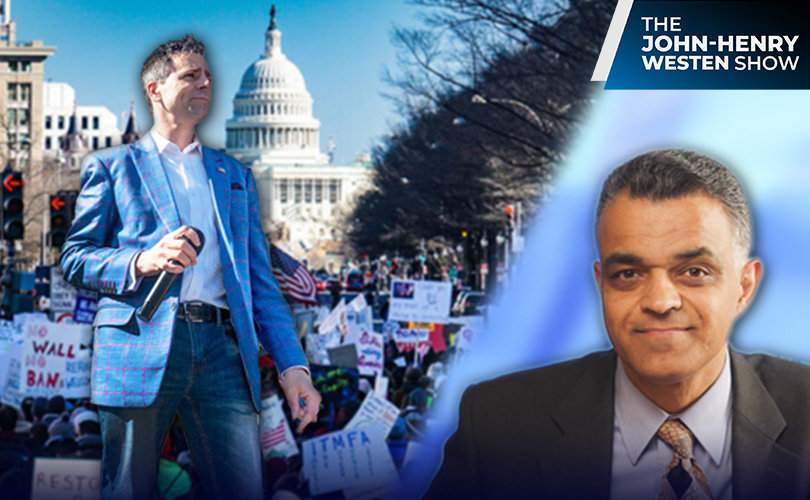 (LifeSiteNews) – If you’re still not totally convinced about the corruption of the Biden administration and its relentless campaign against political opponents, this must-see interview will blow your mind.

Today, I speak with Ryan Kelley, a devout Catholic, husband, and father of six who is running to be the 50th governor of Michigan. Early last month, Kelley was arrested by the Federal Bureau of Investigation (FBI) for attending the January 6th rally in Washington D.C.

The front-runner candidate talks to me about his ongoing campaign to secure the GOP primary in August, as well as why Biden’s Department of Justice (DOJ) chose to arrest him at a moment when he is leading the race in a number of polls.

“They continue to come after anyone that they disagree with,” Kelley noted. He blasted the Biden administration’s many moves to “weaponize the FBI” against the people and “the aiming to silence conservatives.”

Kelley says its because of his Christian, pro-life, pro-family, and pro-freedom platform that he and his campaign are being attacked. “I’m on God’s side,” he stated. “I have a strong message and I’m not scared, and I speak it clearly strong conservative values, and it’s attracting people to our message.”

He also describes why he attended the January 6th rally, and that he never entered the Capitol building or had altercations with police on that day.

“I was there supporting President Trump. The fraud that happened in the 2020 election here in Michigan and many other places, we were unhappy how that process turned out,” Kelley noted.

He highlights how the campaign against him and others who were in the D.C. rally on January 6 is all part of a persecution against conservative Christians.

Kelley, regardless, sees a silver lining in all of his trials, despite the hardships they have caused for his family.

He told me that “the corruption from the Biden administration, the corruption that we have at the state level here, and so much in our government is really, truly being exposed.”

Kelley is hopeful he will win his primary election on August 2nd and eventually defeat pro-abortion Governor Gretchen Whitmer.

Let’s pray for Ryan Kelley, his wife and children, and his fight for life, family, faith, and freedom in Michigan.