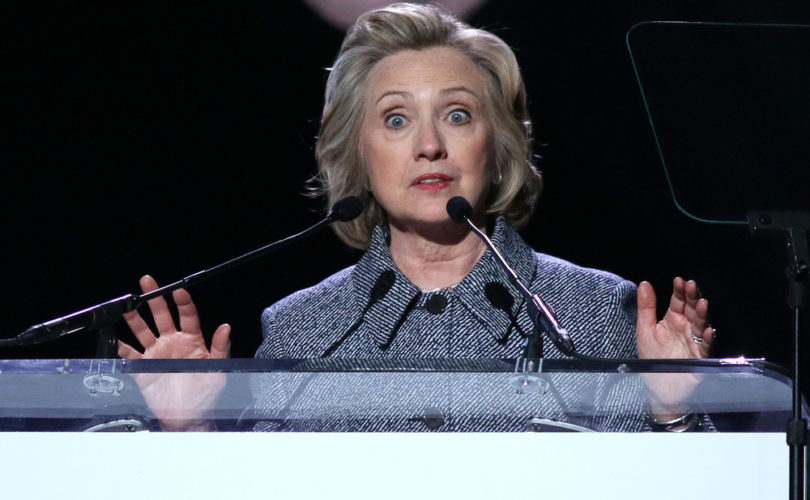 WASHINGTON, D.C., January 7, 2016 (LifeSiteNews) – For the first time in its history, Planned Parenthood has endorsed a presidential candidate during a primary. And the winner is? Hillary Clinton.

The Planned Parenthood Action Fund announced that it plans to spend $20 million in the next year to help elect the Democratic candidate president, and focus on embattled battleground states with a U.S. Senate race in 2016.

Both support taxpayer-funded abortion-on-demand, the official position of the most recent Democratic Party platform.

Hillary Clinton said it is vital that she be elected president, because any of her Republican opponents would defund Planned Parenthood, which received $553 million in 2014-2015. She tweeted today about the passage of a reconciliation bill that would cut those funds off:

Yesterday was a preview of what would happen under a Republican president. Every single GOP candidate would defund Planned Parenthood. -H

Clinton added that she is “proud” to have Planned Parenthood's endorsement, despite footage showing its officials cavalierly discussing harvesting and selling aborted babies' body parts.

Just days after she called the undercover footage “disturbing” last summer, Hillary Clinton said she is “proud to stand with Planned Parenthood.”

She has long been an outspoken and extreme supporter of abortion, to the point that she would apparently be willing to undermine the First Amendment's freedom of religion.

Mrs. Clinton told the Women in the World Summit last April that “religious beliefs” that oppose abortion “have to be changed.” She had previously likened moral beliefs rejecting homosexuality to “the justification offered for violent practices towards women like honor killings, widow burning, or female genital mutilation.”